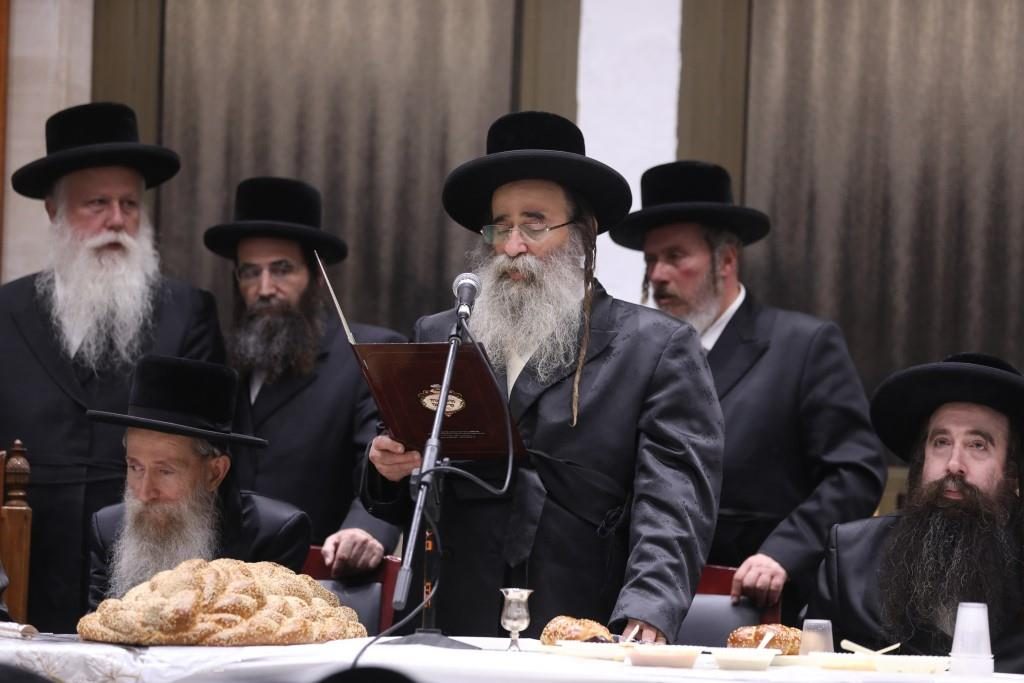 The Chassidic world, and the Makava community in particular, were plunged into mourning with the sudden petirah on Tuesday morning of Harav Yosef Asher Anshel Lemberger, zt”l, Rav of Makava-Elad, at the age of 67.

The Rav returned on Monday night from New York, where he attended the wedding of a granddaughter. He was together with his kehillah on Purim, and traveled after Purim to New York.

Harav Yosef Asher Anshel Lemberger was born in Eretz Yisrael on 11 Tishrei, the day after Yom Kippur 5713/1952. His father was Harav Moshe Nosson Nota Lemberger, the Ateres Moshe of Makava, zt”l, and his mother was Rebbetzin Sarah Leah, a”h. The family had moved to Eretz Yisrael from Hungary only a year earlier.

Until recently, Rav Yosef Asher Anshel lived in Kiryas Sanz, Netanya, and would spend Shabbosos with his community in Elad. He settled in Elad just a few months ago.

His sudden petirah from a heart attack left his kehillah in deep grieving. He was seen as a father to the members of the kehillah.

His levayah was held Tuesday afternoon, from the Makava beis medrash in Elad. Kevurah was in the cemetery in Kiryat Ata, near the kever of his father, zt”l.