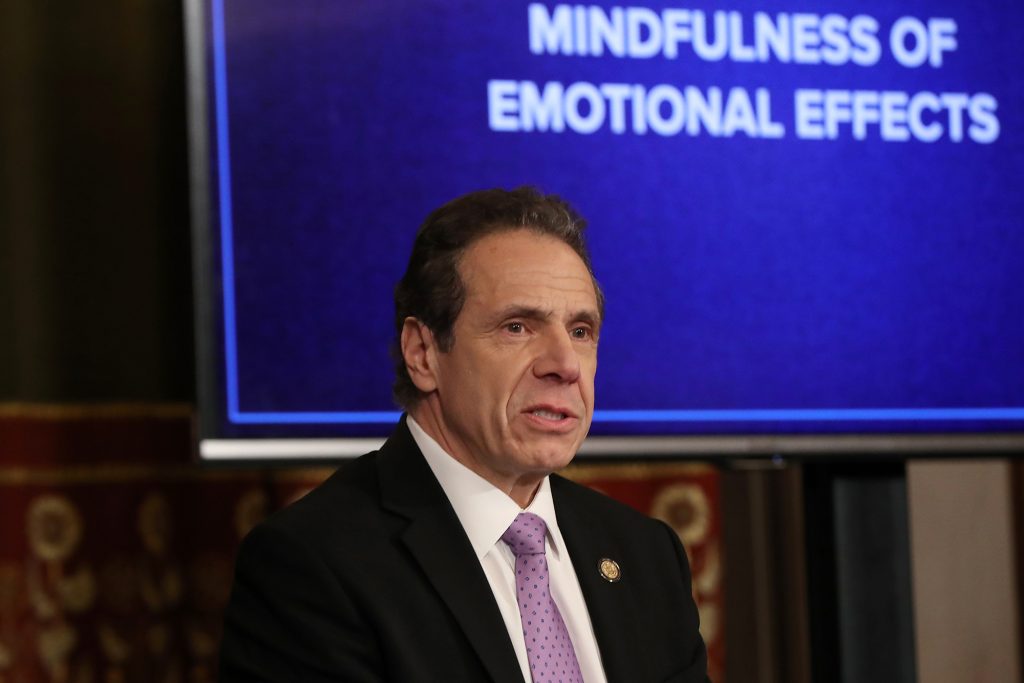 Gov. Andrew Cuomo sounded his direst warning yet about the coronavirus pandemic Tuesday, saying the infection rate in New York is accelerating and the state could be as close as two weeks away from a crisis that sees 40,000 people in intensive care.

Such a surge would overwhelm hospitals, which now have just 3,000 intensive care unit beds statewide.

The rate of new infections, Cuomo said, is doubling about every three days. While officials once thought the peak in New York would come in early May, they now say it could come in two to three weeks.

“We are not slowing it. And it is accelerating on its own,” he said during a briefing in New York City. “One of the forecasters said we were looking at a freight train coming across the country. We’re now looking at a bullet train.”

There were more than 23,000 positive cases in New York state and 183 deaths, according to figures from Johns Hopkins University.