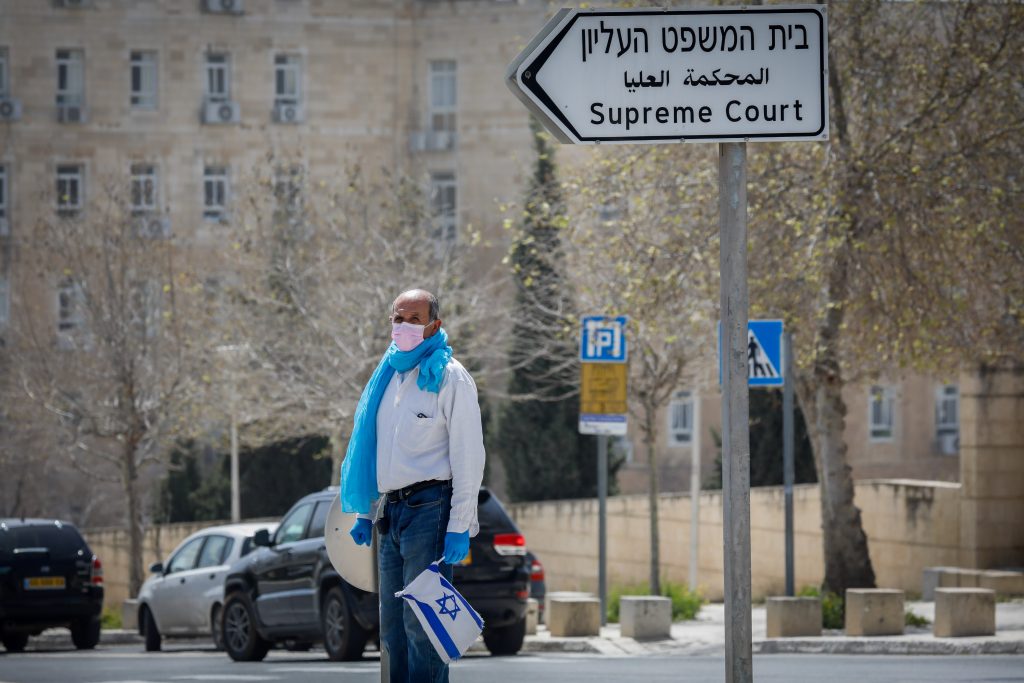 The prospects for a unity government receded on Tuesday as Blue and White leader Benny Gantz refused another invitation from Prime Minister Binyamin Netanyahu‏‏ to meet and finalize a deal.

“This time is a test of leadership and national responsibility,” Netanyahu wrote to Gantz online. “The citizens of Israel need a unity government that will work to save lives and livelihoods. This is not the time for a fourth election.”

In his negative reply, Gantz alluded to the current struggle for control of the Knesset, saying that his party must first win that before any government can be formed.

“No political spin or unrestrained attacks on the courts, my political allies and I will stop me,” Gantz said. “I will first return Israeli democracy to full functioning, without fear. After that I will consider all the ways to form a government to fight the coronavirus and deal with other challenges that lie before us.

Gantz demanded that Netanyahu must tell the people of Israel clearly that High Court decisions must be obeyed and that “Israel will not have anarchy,” referring to Likud MKs who have encouraged Knesset Speaker Yuli Edelstein to defy the Court’s directive to hold a plenary vote for speaker (in which he will like be replaced) by Wednesday.

The Likud is boycotting Knesset proceedings to protest Blue and White’s maneuvers to oust Edelstein, a Likud member, and establish itself as the majority on committees.

“Trampling traditions in the Knesset that there have been from the beginning, they gave themselves the chairmanship and a majority on every committee,” a Likud spokesman said. “The nationalist camp’s 58 MKs will not participate or give a hand to this anti-democratic behavior. We will continue to struggle against this bullying on behalf of the citizens of Israel.”

However, on Tuesday Edelstein acceded to the opposition demand to vote on committees, and four interim committees were formed, including one to oversee the government’s handling of the coronavirus. Edelstein himself also voted for the committees, which The Jerusalem Post interpreted as an overture for a return to parliamentary normalcy, and holding out the possibility of a unity government.

In another sign of conciliation, Culture Minister Miri Regev, an outspoken ally of the prime minister told Channel 12 on Tuesday that while the High Court’s decision was “disconnected from reality,” it cannot be ignored.

As of Tuesday evening, Edelstein, who had told the Court he would not accept its “ultimatum,” made no further comment on the matter.