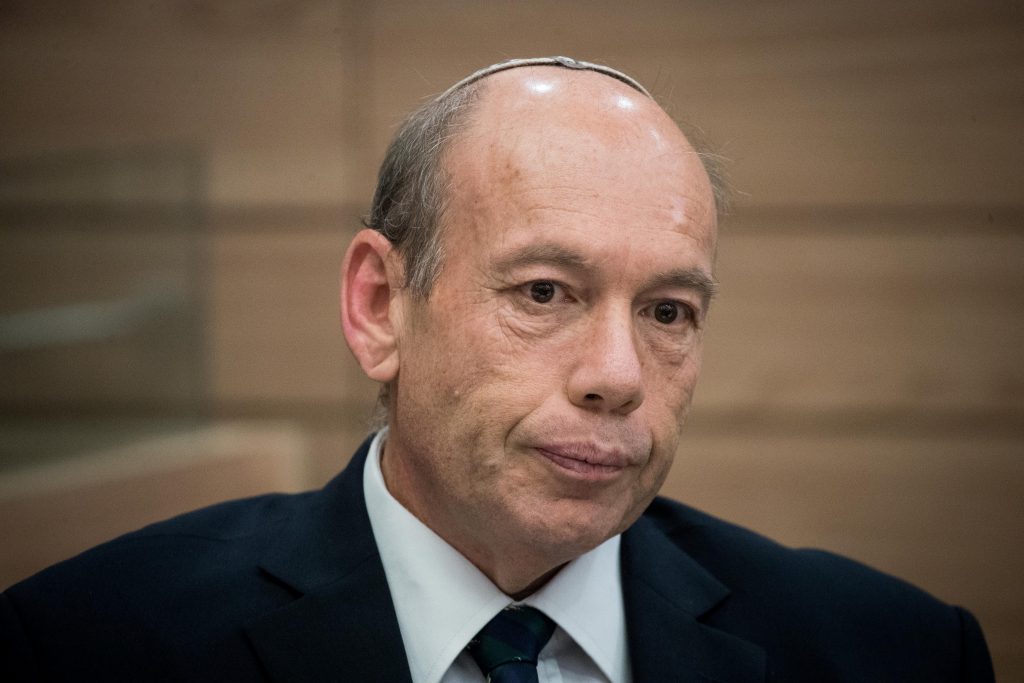 Israeli Prime Minister Binyamin Netanyahu‏‏ sharply rebuffed on Monday a state comptroller’s report which accused his government of not being prepared for the coronavirus pandemic.

Comptroller Matanyahu Englman’s report says the government was caught without plans and lacking sufficient stockpiles of medicine and ventilators, among other shortcomings.

“Given that this is a real threat to the State of Israel, the Health Ministry – in collaboration with the Defense Ministry and the National Emergency Authority – must determine the possible and appropriate way for the State of Israel to prepare for an influenza pandemic,” Englman said, in the report, which was written before the coronavirus crisis and does not mention it.

A Health Ministry plan drafted in 2005 was found inadequate. For example, the mass purchase of anti-viral drugs was enough for only 16 percent of the population today, and not the recommended 25 percent.

The Prime Minister’s Office rejected the report as “irrelevant,” noting that “there has not been such an event in the past 100 years; no country could have foreseen or been prepared for the spread of the virus. Indeed, no health system in the world, even the best, was prepared to deal with the epidemic. The Corona epidemic is not an event that could have been dealt with by the health system but by taking determined steps to block the spread of the epidemic,” the PMO said in a statement.

Netanyahu went on to list some of the measures taken since the outbreak, which have enabled the country to contain the pandemic better than elsewhere in the world:

“Even before the coronavirus spread to Israel, Prime Minister Netanyahu held comprehensive discussions in which – inter alia – the directive was given to establish a system of vaccines that would assist in dealing with epidemics.

“The Prime Minister also ordered that the network of medical teams be reinforced, that thousands of ventilators be stocked and that readiness at hospitals be increased.

“Alongside the overall efforts to increase equipment, in the next two weeks approximately 1,000 additional hospital beds will be made available for intensive care and enhanced treatment, which will place Israel in a high position relative to the world. Moreover, the health system will receive an additional 200 positions for doctors, 605 positions for nurses, around 300 janitorial positions, approximately 6,000 students to render assistance and hundreds of positions for interns.”