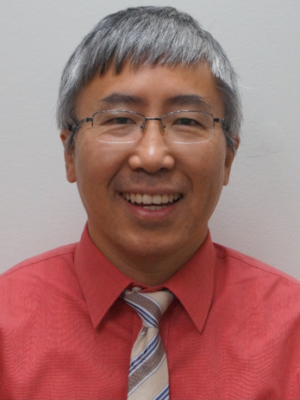 The American disease expert, a medical epidemiologist embedded in China’s disease control agency, left her post in July, according to four sources with knowledge of the issue. The first cases of the new coronavirus may have emerged as early as November, and as cases exploded, the Trump administration in February chastised China for censoring information about the outbreak and keeping U.S. experts from entering the country to help.

“It was heartbreaking to watch,” said Bao-Ping Zhu, a Chinese American who served in that role, which was funded by the U.S. Centers for Disease Control and Prevention, between 2007 and 2011. “If someone had been there, public health officials and governments across the world could have moved much faster.”

Zhu and the other sources said the American expert, Dr. Linda Quick, was a trainer of Chinese field epidemiologists who were deployed to the epicenter of outbreaks to help track, investigate and contain diseases. As an American CDC employee, they said, Quick was in an ideal position to be the eyes and ears on the ground for the United States and other countries on the coronavirus outbreak, and might have alerted them to the growing threat weeks earlier.

No other foreign disease experts were embedded to lead the program after Quick left in July, according to the sources. Zhu said an embedded expert can often get word of outbreaks early, after forming close relationships with Chinese counterparts.

Quick left amid a bitter U.S. trade dispute with China when she learned her federally funded post, officially known as resident adviser to the U.S. Field Epidemiology Training Program in China, would be discontinued as of September, the sources said. The U.S. CDC said it first learned of a “cluster of 27 cases of pneumonia” of unexplained origin in Wuhan, China, on Dec. 31.

Since then, the outbreak of the disease known as COVID-19 has spread rapidly worldwide, killing more than 13,600 people, infecting more than 317,000. The epidemic has overwhelmed healthcare systems some countries, including Italy, and threatens to do so in the United States and elsewhere.

In a statement to Reuters, the U.S. CDC said the elimination of the adviser position did not hinder Washington’s ability to get information and “had absolutely nothing to do with CDC not learning of cases in China earlier.”

The agency said its decision not to have a resident adviser “started well before last summer and was due to China’s excellent technical capability and maturity of the program.”

The CDC said it has assigned two of its Chinese employees as “mentors” to help with the training program. The agency did not respond to questions about the mentors’ specific role or expertise.

“CDC has had a 30-year partnership with China CDC and close collaboration,” the statement said. “We had the right staff to engage China and ability to provide technical assistance were it requested.”

The CDC would not make Quick, who still works for the agency, available for comment.

Asked for comment on Chinese transparency and responsiveness to the outbreak, China’s Ministry of Foreign Affairs referred Reuters to remarks by spokesman Geng Shuang on Friday. Geng said the country “has adopted the strictest, most comprehensive, and most thorough prevention and control measures in an open, transparent, and responsible manner, and informed the (World Health Organization) and relevant countries and regions of the latest situation in a timely manner.”

One disease expert told Reuters he was skeptical that the U.S. resident adviser would have been able to get earlier or better information to the Trump administration, given the Chinese government’s suppression of information.

“In the end, based on circumstances in China, it probably wouldn’t have had made a big difference,” Scott McNabb, who was a CDC epidemiologist for 20 years and is now a research professor at Emory University. “The problem was how the Chinese handled it. What should have changed was the Chinese should have acknowledged it earlier and didn’t.”

Alex Azar, secretary of Health and Human Services (HHS)said Friday that his agency learned of the coronavirus in early January, based on Redfield’s conversations with “Chinese colleagues.”

Redfield learned that “this looks to be a novel coronavirus” from Dr. Gao Fu, the head of the China CDC, according to an HHS administration official, who spoke on condition of anonymity. “Dr. Redfield always talked to Dr. Gao,” the official said.

HHS and CDC did not make Azar or Redfield available for comment.

Zhu and other sources said U.S. leaders should not have been relying on the China CDC director for alerts and updates. In general, they said, officials in China downplayed the severity of the outbreak in the early weeks and did not acknowledge evidence of person-to-person transmission until Jan. 20.

After the epidemic exploded and China had imposed strict quarantines, Trump administration officials complained that the Chinese had censored information about the outbreak and that the United States had been unable to get American disease experts into the country to help contain the spread.

Azar told CNN on Feb. 14 that he and CDC director Redfield officially offered to send a CDC team into China on Jan. 6 but still had not received permission for them to enter the country. HHS oversees the CDC.

“Dr. Redfield and I made the offer on January 6th – 36 days ago, 60,000 cases and 1,300 deaths ago,” Azar said. “We made the offer to send the CDC experts in to assist their Chinese colleagues to get to the bottom of key scientific questions like, how transmissible is this disease? What is the severity? What is the incubation period and can there be asymptomatic transmission?”

Days later, the World Health Organization secured permission to send a team that included two U.S. experts. The team visited between Feb. 16th and 24th. By then, China had reported more than 75,000 cases.

On Feb. 25, the first day the CDC told the American public to prepare for an outbreak at home, U.S. Secretary of State Mike Pompeo accused China of mishandling the epidemic through its “censorship” of medical professionals and media.

Relations between the two countries have deteriorated since then, as Trump has labeled the coronavirus the “Chinese virus” – a description the Chinese have condemned as stigmatizing. Last week, the Chinese government announced that Americans from three U.S. news organizations, The New York Times, Washington Post and Wall Street Journal, would be expelled from China.

The decision to eliminate Quick’s job came as the CDC has scaled back the number of U.S. staffers in China over the last two years, the sources told Reuters.

“We had already withdrawn many technical public health experts,” the same expert said.

The CDC, however, disputed that staffing was a problem or that its information had been limited by the move. “It was not the staffing shortage that limited our ability” it said.

The U.S. CDC team in Beijing now includes three American citizens in permanent roles, an additional American who is temporary and around 10 Chinese nationals, the agency said. Of the Americans, one is an influenza expert with expertise in respiratory disease. Coronavirus is not influenza, though it is a respiratory disease.

The CDC team, aside from Quick, was housed at U.S. Embassy facilities. No American CDC staffer besides Quick was embedded with China’s disease control agency, the sources said.

Dr. George Conway, a medical epidemiologist who knows Quick and had served as resident advisor between 2012 and 2015, said funding for the position had been tenuous for years because of a perennial debate among U.S health officials over whether China should be paying for funding its own training program.

Yet since the training program was launched in 2001, the sources familiar with it say, it has not only strengthened the ranks of Chinese epidemiologists in the field, but also fostered collegial relationships between public health officials in the two countries.

“We go there as credentialed diplomats and return home as close colleagues and often as friends,” Conway said.

In 2007, Dr. Robert Fontaine, a CDC epidemiologist and one of the longest serving U.S. officials in the adviser’s position, received China’s highest honor for outstanding contributions to public health due to his contribution as a foreigner in helping to detect and investigate clusters of pneumonia of unknown cause.

But since last year, Frieden and others said, growing tensions between the Trump administration and China’s leadership have apparently damaged the collaboration.

“The message from the administration was, ‘Don’t work with China, they’re our rival,’” Frieden said.