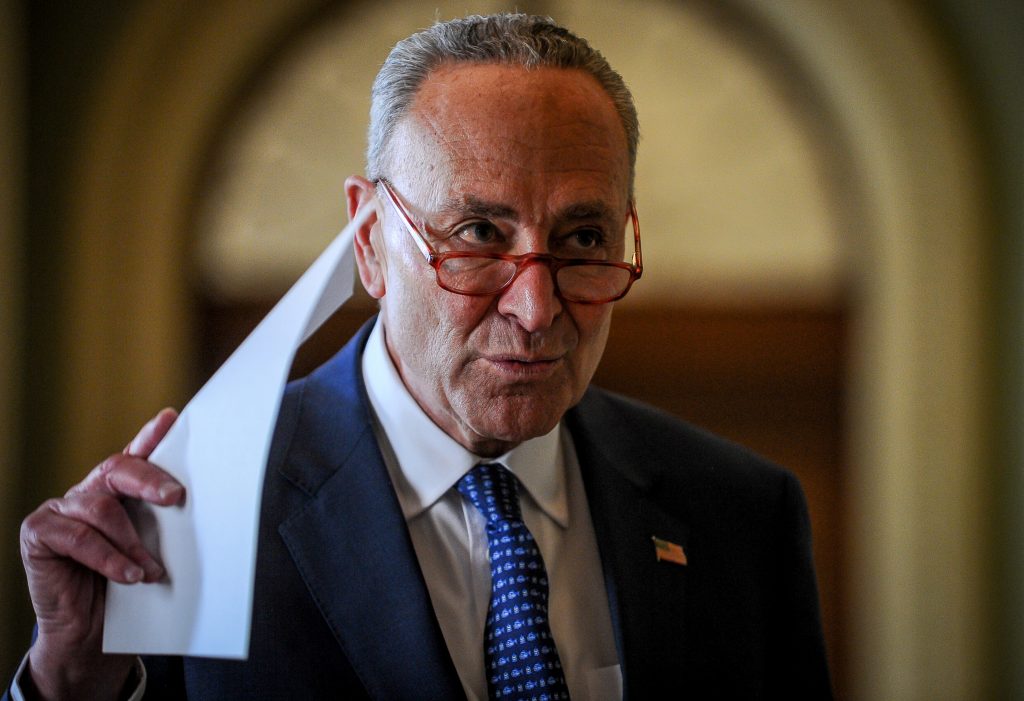 U.S. lawmakers clashed on Sunday over the details of a $1 trillion-plus bill to help stem the economic toll of the coronavirus pandemic, as senators prepared to cast votes on advancing the legislation.

The bill is Congress’ third effort to blunt the economic toll of a disease that has killed at least 400 in the United States and sickened more than 33,000, leading governors to order nearly a third of the nation’s population to shelter in place and putting much business activity on hold.

Senate Majority Leader Mitch McConnell, a Republican, said the bill would be at risk if they did not quickly strike a deal as a 6 p.m. (2200 GMT) procedural vote loomed, after earlier pronouncing the two parties “very close” on a deal.

But as the procedural vote approached, Democrats said the bill fell short, suggesting McConnell may not get the 60 votes he needs. In a sign of the disease’s spread, Republican Senator Rand Paul on Sunday said he had tested positive for the disease.

Senator Chuck Schumer, the chamber’s top Democrat, told reporters the proposed bill had “many, many problems” and that staffers from both parties were revising it ahead of the vote.

“It included a large corporate bailout provision with no protections for workers and virtually no oversight,” Schumer said. “It also significantly cut back on the money our hospitals, our cities, our states, our medical workers and so many others needed during this crisis.”

However, lawmakers were mindful that a failure to reach a deal on Sunday could batter already reeling financial markets on Monday.

Over the past week President Donald Trump’s administration has begun pushing for aggressive steps to stem the economic hit from the health crisis.

One of the Senate’s most moderate Democrats, Joe Manchin of West Virginia, a state where Trump remains popular, blasted the bill, saying it was too focused on worries about Wall Street and needed to have a “balanced approach to putting healthcare first.”

Manchin said he would vote to stop that bill from advancing in the Senate unless it is improved.

Its controversial provisions included those aimed at helping corporations, rather than workers, as well as those allowing the government to delay disclosing what firms, states or municipalities had received aid for up to six months.

House Speaker Nancy Pelosi, the top Democrat in Congress, said her party planned to introduce its own bill.

“President Trump neglected, minimized, and lied about this virus,” Biden said in a statement. “Stop lying and start acting. Use the full extent of your authorities, now, to ensure that we are producing all essential goods and delivering them.”

Speaking on Fox News earlier, Treasury Secretary Steven Mnuchin said the package would include loans for small businesses, direct deposits that could give an average family of four $3,000, and up to $4 trillion in liquidity for the U.S. Federal Reserve to help businesses get through the next 90 to 120 days.

A Republican-drafted bill seen by Reuters gives the U.S. Treasury authority to provide up to $500 billion in loans, loan guarantees and other investments in eligible businesses, states and municipalities to help tide them over during the crisis.

Of this, up to $50 billion could provide loans and loan guarantees for passenger airlines, $8 billion for cargo air carriers and $17 billion for businesses critical to national security.

The remaining $425 billion would be available for loans, loan guarantees and other investments for the Fed to provide liquidity to help the financial system lend to businesses, states and municipalities.

Senator Elizabeth Warren, a former Democratic presidential candidate, told reporters there was “great unhappiness” among Democrats over the bill, while Democratic Senator Chris Van Hollen said the bill was “weighted to big corporations.”