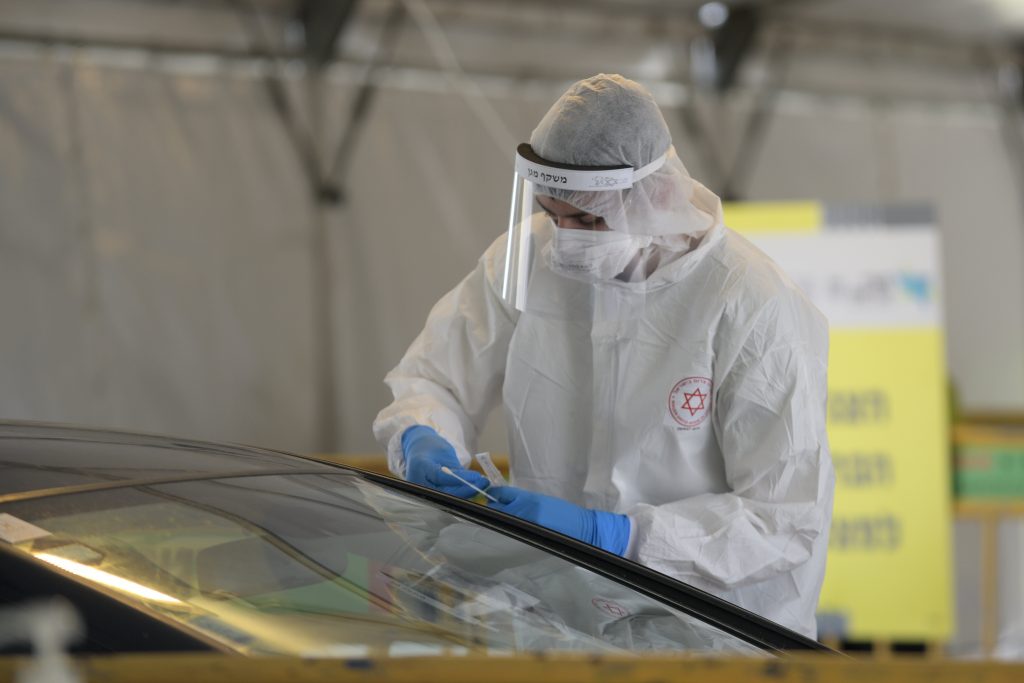 The Health Ministry announced Sunday morning that 945 people in Israel have been diagnosed with the coronavius, including 20 patients listed in serious condition.

The ministry said 24 people were in moderate condition and 863 are in light condition. 37 people have recovered, one more than the last update a day earlier.

The 62 new cases over the last day showed a slowdown, but the number could be seen as an effect of fewer tests being carried out over Shabbos.

Ministers late Motzoei Shabbos updated the emergency regulations, which came into effect on Sunday at 8 a.m. for the next seven days, aimed at keeping Israelis at home as much as possible, and to be enforced by police.

According to the new rules, which the government has said it will enforce, Israelis must remain at home, with exceptions made for buying essential food and medical supplies or seeking medical treatment. Other exceptions include attending demonstrations, aiding an elderly or ill person, donating blood, attending court hearings, seeking aid from welfare services, going to the Knesset, and attending religious services, including tefillos, weddings and funerals (which must have no more than ten people present).

The ban also limited the number of people who could drive in a car to two, unless they were members of the same household.

New guidelines from the Health Ministry also limit the number of people waiting in line in supermarkets to four, and mandate two meters of space between each person.

He also warned that defying the lockdown would result in a “significant outbreak” of the virus.

The head of the coronavirus treatment team at the Health Ministry said on Sunday that if people will abide by the new directives and stay home, Israel will start to see the results in approximately ten days.

“Self-isolation is very helpful and we will see the results in around ten days. Hopefully the self-isolation will flatten the curve significantly,” Dr. Boaz Lev told Kan News.