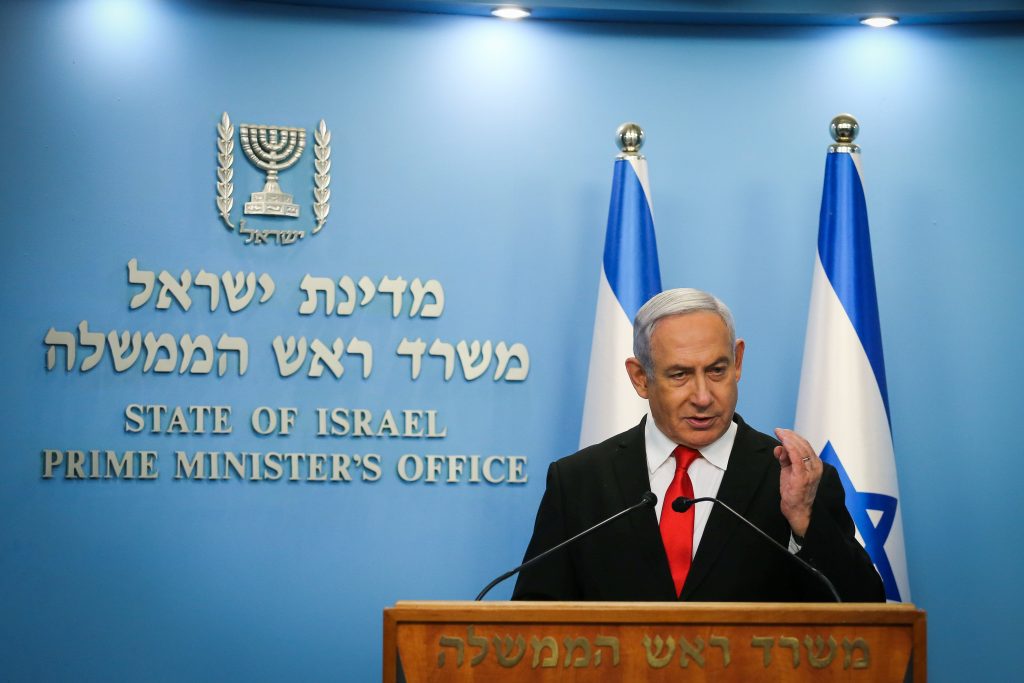 Prime Minister Binyamin Netanyahu said in an interview on Motzoei Shabbos that he is ready to step down next year as part of a proposed power-sharing agreement with his chief rival meant to steer the country through the coronavirus crisis and end a year-long political deadlock.

Netanyahu called for the formation of a three-year “emergency” unity government with the rival Blue and White Party.

Netanyahu told Channel 12 that under the deal, he would remain as prime minister for the first year and a half, and allow Blue and White leader Benny Gantz to assume the post for a second year-and-a-half term in September 2021. He said each party would have an equal number of seats in the Cabinet.

“I will give up the prime minister’s post in another year and a half,” Netanyahu said.

Gantz denied that a deal had been reached, posting: “Those who want unity do not work with ultimatums and harmful leaks and certainly do not try to hurt our democracy and citizens by paralyzing the Knesset.”

Yair Lapid, a senior Blue and White leader, dismissed the unity offer as insincere. “Next week, we will go to choose a new Knesset speaker and work to battle coronavirus for the good of the people,” he said.

Blue and White has accused Netanyahu of using the coronavirus crisis to undermine the country’s democratic institutions and try to derail his scheduled trial on corruption charges. Senior members of Gantz’s party have expressed skepticism at previous power-sharing overtures by Netanyahu, concerned that he would not follow through on his promises to cede power.

Gantz now has just over three weeks to form a new government. In the meantime, he is trying to push through legislation in the Knesset that would in effect prevent Netanyahu from serving as prime minister in the future. The legislation would impose term limits on the prime minister and bar a politician indicted on criminal charges, like Netanyahu, from being prime minister.