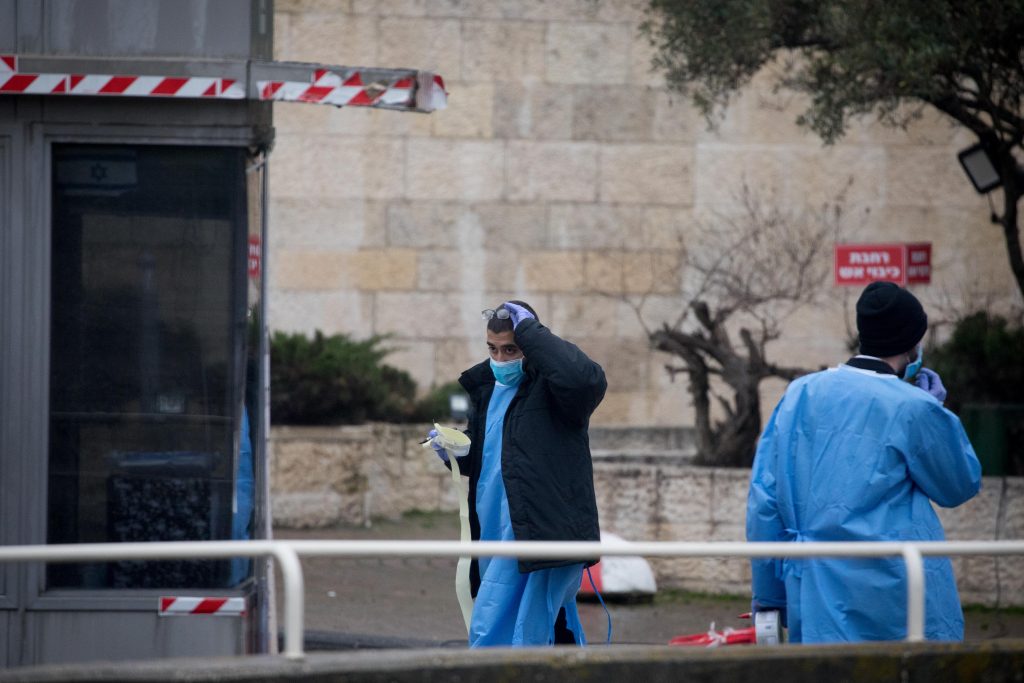 The Health Ministry announced that 883 people have been diagnosed with the coronavius, an increase of 178 since Friday.

The ministry said that 15 patients were in serious condition.

The Health Ministry announced that it has boosted testing for the virus from some 500-700 tests a day to around 2,200 per day, and officials have said the number of tests would increase to 3,000 per day by Sunday and 5,000 by next week. The sharp rise in numbers of those diagnosed is partially attributed to the increased testing throughout the country, and the number is expected to rise.

The rise in numbers of people diagnosed came a day after the first fatality in Israel from the coronavirus on Friday night, who was later identified as Aryeh Even, z”l.

Even, an 88-year-old Holocaust survivor, immigrated from Hungary in 1949 and was a father of four, grandfather of 18 grandchildren and one great-grandchild. His family said that he was “a dear and beloved man, living a full life, devoted to his family, a strong man until his last moments.”

For the last four years of his life, he has lived in the Nofim assisted living facility, where he is thought to have contracted the virus from one of the workers. Nine other residents and other staff were also hospitalized. “We are sorry that in his last days and moments his family members were prevented from being by his side,” his family noted. “We thank the medical staff at Shaare Zedek Hospital for dedicated care, humanity and empathy.”

His daughter, Yael Even, told Channel 13 that “this week the therapist called us, scared. They checked him and saw that he contracted the virus. He tried to fight for his life and said that he wanted to live.

“A message has to be learned – don’t stay complacent. It happens to the elderly: Keep your parents at home.

“It’s frustrating that we couldn’t hold Abba’s hand in his last moments. We saw him on camera and he smiled. It’s very sad that this is how it ended. He has an extended family and we didn’t get to be with him and that is the saddest thing,” she said. He was buried on Motzoei Shabbos on Har Hamenuchos, after a special levayah and taharah procedure due to the coronavirus.

Meanwhile, an 89-year-old woman is also fighting for her life in Yerushalayim’s Hadassah Ein Kerem Hospital. The condition of three others being treated at Wolfson Medical Center in Holon deteriorated Friday, with all of them in serious to critical condition.

The three patients are a 67-year-old woman with a pre-existing medical condition, a 91-year-old woman, and a 45-year-old man with no past health problems, according to Kan News.

Shortly before midnight Friday, an 82-year-old man was transferred to Hasharon Medical Center in Petach Tikva in critical condition.

Also Friday, the condition of a 57-year-old man at Hadassah Hospital Ein Kerem in Yerushalayim worsened. He was listed in serious condition.