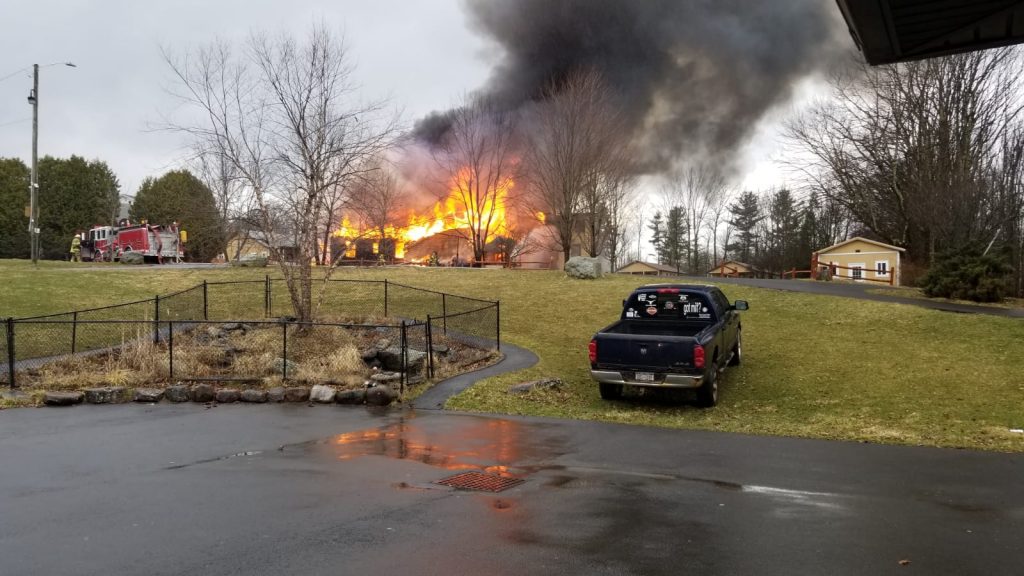 Camp Agudah’s Guest House, an iconic structure that dates back to the camp’s original purchase of its current property in Ferndale, N.Y., in 1957, burned to the ground Friday afternoon.

The camp grounds were empty but for a caretaker and two workers. There were no injuries, and the cause of the blaze, which began shortly before 1:30 p.m., is unknown.

The building was used to house married staff members and their families, and the attached head counselors’ office, whose rounded windows (following a 2002 renovation) led to it being popularly known as The Oval Office. Though some additions have been made over the decades, the original structure is one of the few remaining buildings that were on the grounds of the old Upper Ferndale Country Club, which was purchased by Agudath Israel President Mike Tress 63 years ago.

The building got its moniker in the early years of camp, when it was used to house guests who wished to get away from the hot and grimy city and paid to stay in camp, by the week or weekend.