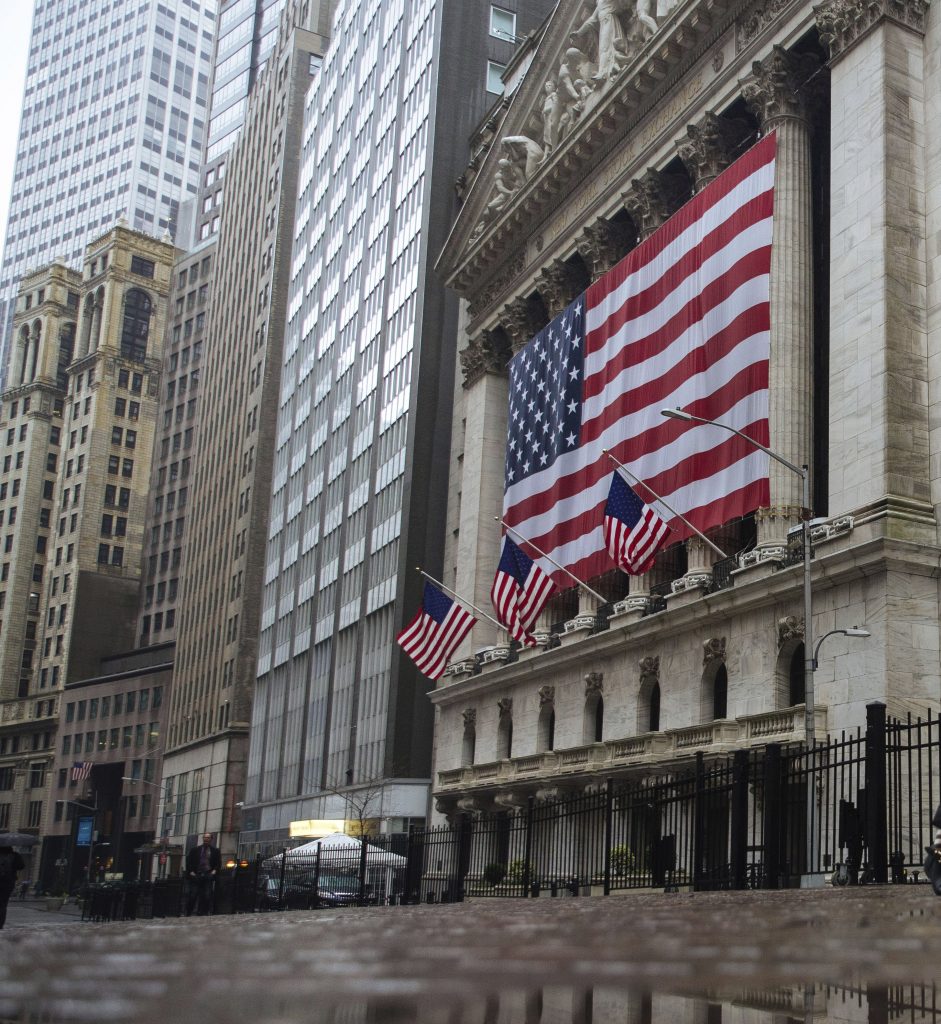 Stocks are gaining momentum in afternoon trading on Wall Street Thursday in a market marked by less volatility than recent days as global authorities rush to support an economy decimated by the coronavirus pandemic.

Markets have been so volatile because investors are weighing the increasing likelihood of a recession on one hand against huge, emergency efforts to prop up the economy on the other. Markets got more of each on Thursday.

The number of Americans filing for unemployment benefits jumped by 70,000 last week, more than economists expected, in one of the first signs of layoffs sweeping across the country. Wide swaths of the economy are grinding closer to a standstill, from the travel industry to restaurants, as authorities ask Americans to stay home to slow the spread of the virus. Another weak manufacturing report, this time in the mid-Atlantic region, added to the worries.

But the world’s largest central banks announced their latest efforts to support financial markets and the economy. The European Central Bank launched an expanded program to buy up to 750 billion euros ($820 billion) in bonds to support the economy, and the Bank of England cut its key interest rate to a record low of 0.1%.

The Federal Reserve unveiled measures to support money-market funds and the borrowing of dollars as investors in markets worldwide hurry to build up dollars and cash. The dash for cash has strained markets, and sellers of even high-quality bonds say they’re having difficulty finding buyers at reasonable prices for how much they want to sell. Many of the Fed’s moves, which are getting revived after being used in the 2008 financial crisis, are aimed at smoothing out operations in such markets.

“They’re throwing everything at this, and it doesn’t seem to be as effective,” said Sal Bruno, chief investment officer at IndexIQ. The market will likely remain volatile until investors see more economic data that shows just how badly the outbreak is hurting the economy.

“They’re doing what they can, and I’m not sure what else they can do,” Bruno said.

The S&P 500, which drives movements for most 401(k) accounts more than other indexes, is down roughly 29% since its record exactly a month ago and close to its lowest point since late 2018.

Major indexes started the day lower, then rose before and during a late morning news conference led by President Donald Trump to give updates on the outbreak. The gains were mostly gone in early afternoon trading as the indexes turned mixed. The indexes snapped back into the green by mid-afternoon, however.

European stocks swung from gains to losses and back to gains. Asian markets dropped following the brutal 5.1% loss for U.S. stocks the prior day. Crude oil clawed back some of its steep loses from the day before, and benchmark U.S. oil rose back above $24 per barrel.

Ultimately, investors say they need to see the number of new infections stop accelerating for the market’s extreme volatility to ease.

The total number of known infections has topped 220,000 worldwide, including nearly 85,000 people who had recovered. The death toll has crept toward 10,000.

Until the number of new cases peak, investors will struggle with uncertainty about how much to pay for a stock, bond or commodity when they don’t know how long the economic downturn will last. Many economists expect a sharp drop in the economy, but they disagree on how long it will take to bounce back.

The hope is that all the emergency actions by central banks and spending by governments can provide support for the economy in the meantime and soften the blow. The Trump administration has pitched lawmakers on a program that could flood $1 trillion into the economy, including checks sent directly to households.

The New York Stock Exchange said late Wednesday that it will temporarily close its trading floor and moving to all-electronic trading beginning Monday after two employees tested positive for coronavirus. The exchange has also started medically screening all personnel who enter the building. Much stock trading has gone electronic in recent years, and there are far fewer floor brokers than there used to be.