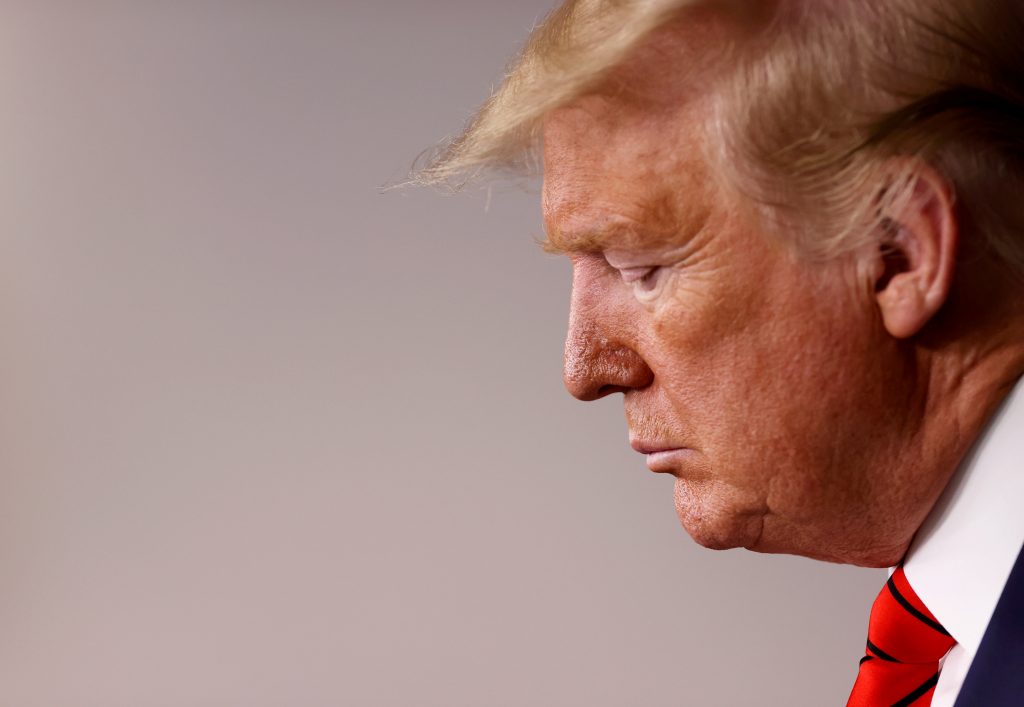 President Donald Trump on Thursday said he would get involved in the oil price war between Saudi Arabia and Russia at the appropriate time, saying low gasoline prices were good for U.S. consumers even as they were hurting the industry.

Saudi Arabia and Russia have been fighting over oil market share after their three-year agreement to hold back production collapsed this month. Their pumping of crude oil flat out during a time of severely reduced global demand due to the spread of the coronavirus has pushed crude prices to near 20-year lows this week.

“We are trying to find some kind of a medium ground,” Trump told reporters at a White House news conference, adding that he had spoken to several people about the dispute.

Russia’s economy is more diverse than Saudi Arabia’s and less dependent on oil than the kingdom’s.

The low oil prices are devastating to U.S. crude producers who have higher costs than their counterparts in Saudi Arabia and Russia and are likely to spur consolidation in the industry.

The Trump administration is considering a diplomatic push to get Saudi Arabia to close its taps and using the threat of sanctions on Russia to force them to reduce output, the Wall Street Journal reported, quoting unidentified sources.

The United States already has placed sanctions on Russia’s Nord Stream 2 natural gas pipeline to Germany and a unit of state oil company Rosneft for its marketing of oil in Venezuela. The sanctions on the pipeline halted the project shortly before its completion.

Some U.S. lawmakers have said that Russia and Saudi Arabia are deliberately targeting the U.S. shale oil industry after the Trump administration pursued a policy of “energy dominance” to export oil and gas to Europe and Asia.

Thanks to a shale boom, the United States has become the world’s biggest oil producer, overtaking Saudi Arabia and Russia.

Nine Republican senators, including Kevin Cramer of oil-producing North Dakota who advised Trump on energy in his 2016 campaign, had a call on Wednesday with Saudi Ambassador to the United States Princess Reema bint Bandar bin Sultan, hoping to convince the kingdom to stop flooding global oil markets.

Trump talked about oil markets with Saudi’s Crown Prince Mohammed bin Salman in a call on March 9. In addition, the U.S. ambassador to Saudi Arabia, John Abizaid, spoke with the Saudi energy minister last Thursday about oil markets, the State Department said. There have been few details about those conversations.