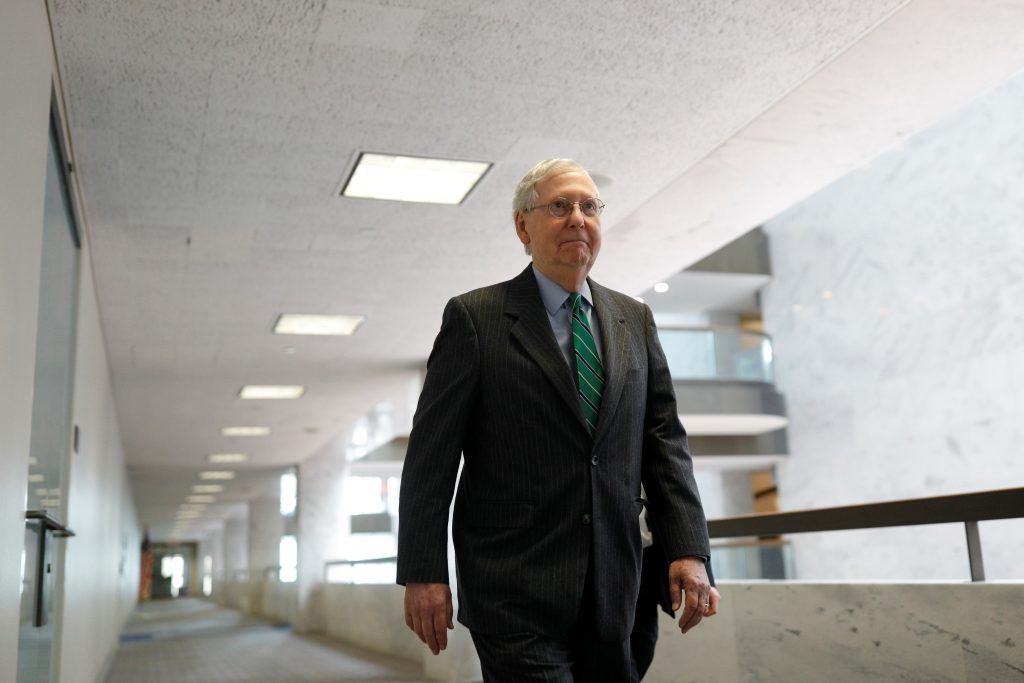 A Republican proposal introduced in the U.S. Senate on Thursday would grant up to $58 billion in secured loans to help passenger and cargo airlines hit by the coronavirus crisis, but bar cash grants and could result in the government getting equity stakes.

Under the proposal, the U.S. Treasury Department could receive warrants, stock options, or stock as a condition of government assistance in order for the government to participate in gains and be compensated for risks.

The measure would also bar airlines from increasing compensation for, or provide golden parachutes to, executives for two years and airlines would be required to maintain some services. It would suspend some aviation taxes.

“We are not bailing out the airlines or other industries – period,” said Senator Richard Shelby, who chairs the appropriations committee.

The proposal comes after major airlines doubled down on Thursday on a request for government cash grants.

“The current economic environment is simply not sustainable,” Airlines for America and a coalition of major aviation unions wrote in a joint letter.

“The survival of our industry depends on it,” they wrote.

The airline group had asked on Monday for $25 billion in cash grants and $25 billion in unsecured loans for passenger airlines and another $8 billion for cargo carriers.

As travel demand has collapsed due to the health crisis, airlines have suspended thousands of flights, parking hundreds of airplanes and borrowing money. They have repeatedly warned that they may cut thousands of employees without significant assistance soon.

The bill introduced on Thursday would set aside another $150 billion for a separate fund and Treasury would determine who could qualify. Boeing Co, which has sought $60 billion in U.S. government loan guarantees for itself and the entire aviation manufacturing sector, could seek loans from that fund.

Senate Democratic Leader Chuck Schumer said “the airline industry just spent billions and billions in stock buybacks in the last two years – liquidity that would come in handy at a time like this.”

“Conditions like that would be OK with me,” Trump said Thursday, but added: ““We will be helping the airline industry.”