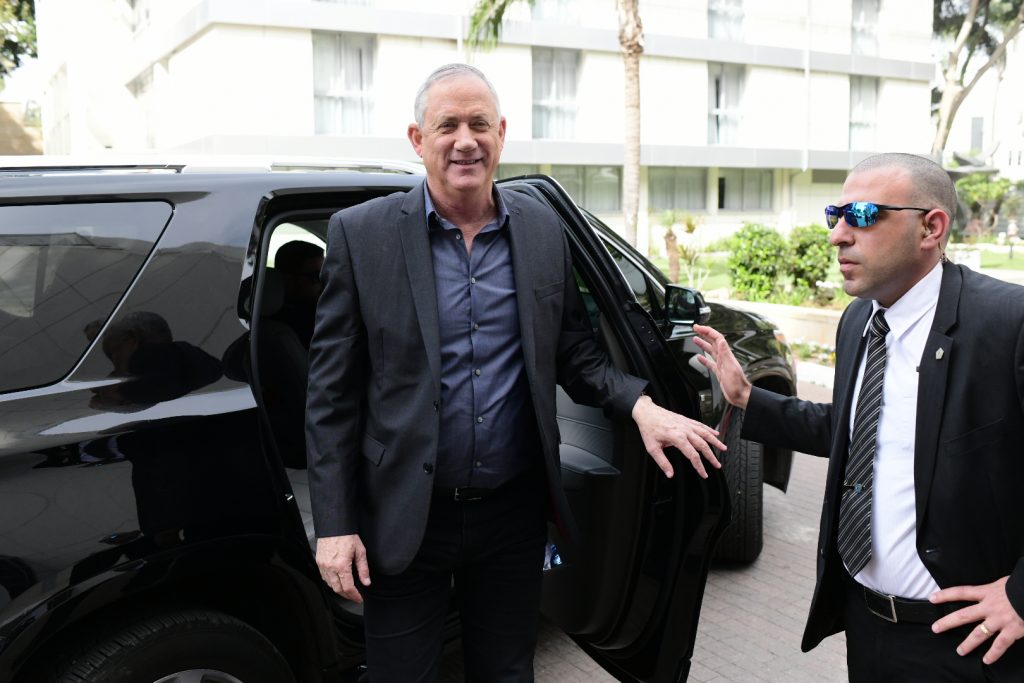 A unity government may finally be in sight, with media reports of Blue and White leader Benny Gantz reaching a deal with Israeli Prime Minister Binyamin Netanyahu‏‏, breaking the political impasse that has plagued the country for the past year.

According to the reports, Gantz has agreed for the first time to allow Netanyahu to serve as prime minister first in a rotational setup, which would settle an issue that has stymied negotiations between Netanyahu’s Likud party and Gantz’s Blue and White for months.

But the price for Gantz would be compounded by a split in his party, as MKs Yair Lapid and Moshe Yaalon remain opposed to such a deal. The party could break up, with Gantz and senior MK Gabi Ashkenazi and their supporters joining Netanyahu, while the Lapid and Yaalon factions go their own way.

However, the Blue and White party soon after denied the media reports and suspended negotiations with the Likud.

“Negotiations with the Likud team were stopped tonight,” the party said in a statement.

“No meeting took place today and contrary to the reports, there are no agreements What we have seen throughout the day is cynical spin during a great and difficult crisis for Israeli citizens.”

But then the situation was muddled even more as Gantz himself told Channel 12 that he was indeed willing to sit in a coalition with Netanyahu that would rotate the premiership.

He explained that previous promises not to do so no longer applied during the national emergency caused by the coronavirus. He said he would “do what is needed under the circumstances” and “have to match the election results with the current situation.”

“It would not be responsible of me to not consider alternatives and to only stick to statements I made here and someone else made there,” he said.

Regarding a split in his Blue and White party, Gantz said they would work it out.

The two sides have not agreed on how long Netanyahu’s turn would last. The PM wants two years, but Gantz is holding out for less, according to Haaretz.

Gantz also was said to be demanding passage of a law to spell out the rotation agreement. Such coalition deals have in the past been violated when expedient despite the signatures of party leaders.

A seismic shudder of horror registered on the left as word of the deal went out.

Meretz MK Tamar Zandberg (Meretz) impolored Gantz not to turn his back to a ”huge bloc (of voters) eager for change” and saying it would be a “crazy breach of trust.”