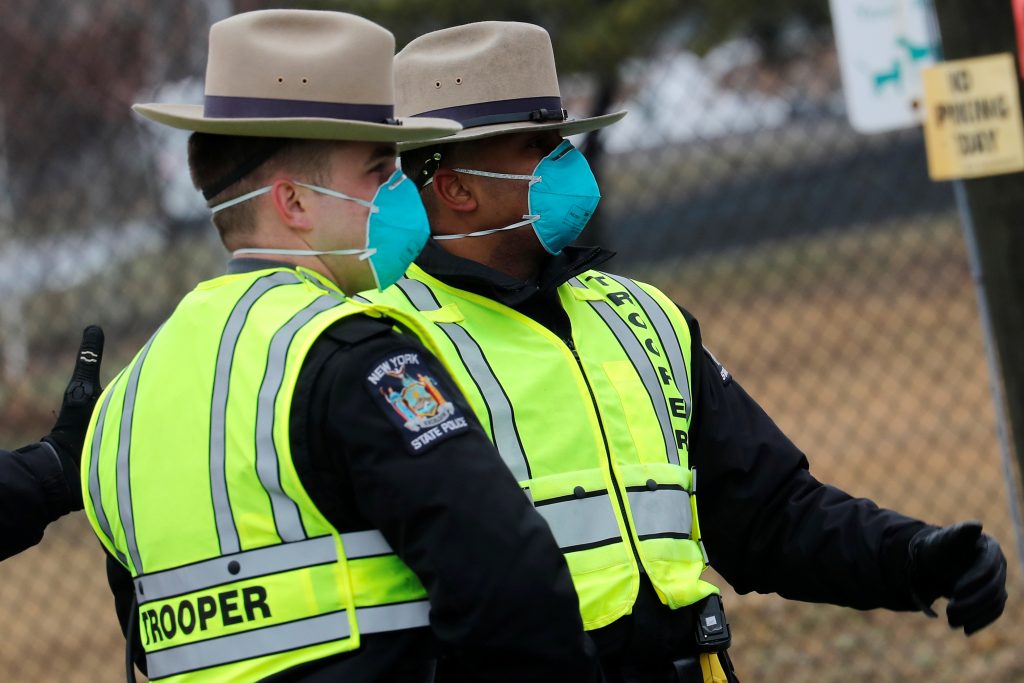 The state of New York tested 8,000 people for the coronavirus overnight in what may be the largest batch of testing to date in the United States, likely leading to a spike in positive cases once results come in, Governor Andrew Cuomo said on Thursday.

With the United States slow to roll out mass testing for the virus – which has spread rapidly to become a global pandemic – some health officials have feared the number of known cases lags far behind reality.

Nearly 9,000 cases of the novel coronavirus have been reported in the United States, more than 3,000 of them in the New York state, according to state health departments.

Some 151 deaths had been reported nationwide, including 21 in New York and 66 in Washington state as of 11 p.m. Wednesday.

“I think the spread of the virus is well in advance of any of these numbers,” Cuomo told MSNBC. “We did 8,000 overnight, which is one of the largest number I think ever done in the country. We haven’t gotten this morning’s tally, but you’re going to see a jump astronomically – I have no doubt – because we did so many tests.”

The real number of cases may be 10 times the number of confirmed positives, or even more, Cuomo said.

As a result, the state may see 110,000 hospitalizations and about 25,000 to 37,000 people needing intensive care unit beds at peak time in five to six weeks, the governor projected.

U.S. health experts fear the country is on a similar trajectory as Italy, the worst-hit European country where the government reported a record 475 deaths on Wednesday alone, increasing that nation’s death toll to 2,978.

The total number of cases in Italy rose to 35,713, up 13% from the previous day, its Civil Protection Agency said.

President Donald Trump, who declared a national emergency last week and had stepped up the federal response after initially downplaying the threat, plans to visit Federal Emergency Management Agency headquarters in Washington, where he will hold a video teleconference with state governors on the coronavirus.

Treasury Secretary Steven Mnuchin on Thursday urged Congress to move quickly to pass a $1 trillion economic relief measure by early next week, saying he expects bipartisan support for the bill to get cash payments to Americans during the crisis.

Mnuchin, in an interview on Fox Business Network, said the federal government was focused on being able to provide liquidity to companies and had no problem issuing more debt, but that it expected loans to businesses to be paid back.

Congress is taking up its third legislative package to address the pandemic, which has caused widespread economic disruption.

Lawmakers already have passed a $105 billion-plus plan to limit the damage from the outbreak through free testing, paid sick leave and expanded safety-net spending, as well as an $8.3 billion measure to combat the spread of the pathogen and develop vaccines. Trump has signed both into law.

“We’re going to get through this,” Mnuchin said. “This is not the financial crisis that will go on for years.”

House of Representatives Speaker Nancy Pelosi called on the president to speed up mass production of medical and protective equipment using powers under the Defense Production Act, citing shortages in the country. Trump on Wednesday said he would invoke the decades-old law.

“Right now, shortages of critical medical and personal protective equipment are harming our ability to fight the coronavirus epidemic, endangering frontline workers and making it harder to care for those who fall ill,” Pelosi, a Democrat, said in a statement.

Surgeon General Jerome Adams, the United State’s top public health official, said on Thursday the virus is affecting people across a wide age range and authorities continue to learn more about it every day.

“Right now there is a not a big fear that the virus is mutating,” Adams told Fox News. “But what we are seeing is [that] the virus is playing out differently in different populations based on their mitigation efforts, based on their access to health care and based on who is getting sick.”

Adams stressed that Americans should continue to self-isolate and follow precautionary guidelines.

“It’s about social distancing, it’s about washing your hands. It’s about ensuring that you’re protecting yourself and protecting others. It’s not about partying on beaches during spring break,” Deborah Birx, White House coronavirus response coordinator, told CBS.

But clearly, many Americans were ignoring expert advice.

“Get off the beach,” Senator Rick Scott of Florida said on Thursday as people still gathered on the state’s beaches despite warnings. While people could walk alone on the beach away from others, “that’s not what’s happening” as college students still congregated during spring break.

If people failed to heed social isolation warnings, government officials might need to act, Scott told CNN in an interview.

“You’ve got to figure out how to get these people off the beach,” he said.