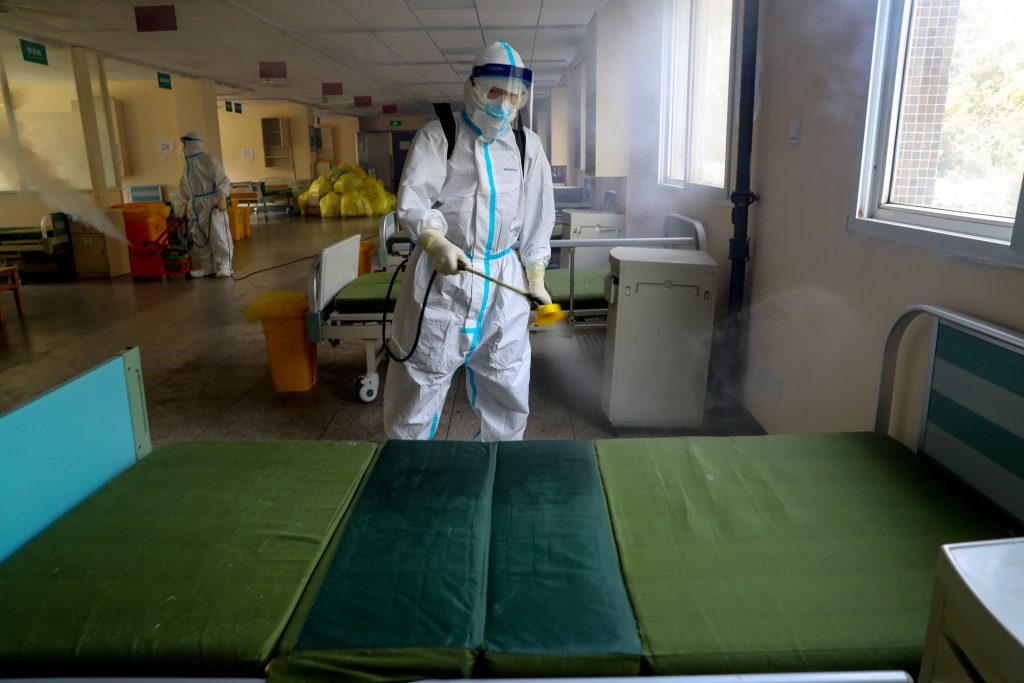 New imported coronavirus infections hit a record of 21 in the Chinese capital of Beijing, data showed on Thursday, piling pressure on authorities to screen out infected passengers and isolate suspected cases.

But there were no new domestic transmissions for the first day since the virus took hold late last year in Wuhan, capital of the central province of Hubei.

China’s recent efforts to fight the epidemic have increasingly focused on inbound travelers, as the virus spread rapidly worldwide, raising the prospect of a second wave of infections from overseas.

“A single spark can start a prairie fire,” state-backed China Daily wrote in an editorial.

On Wednesday, Beijing recorded 21 new infections from abroad, mostly in travelers from Britain and Spain, for the bulk of the mainland’s 34 new imported cases.

Since last week, the capital’s airport has set aside a special zone for international flights, with health checks required for all disembarking passengers. Non-transit travelers are sent to designated sites for a compulsory 14-day quarantine.

Beijing has halted self-quarantine for overseas arrivals, even if the person has a place to stay alone in isolation, which had been allowed earlier, state media said on Thursday.

Some international flights to Beijing operated by Chinese carriers will be diverted to nearby cities such as Tianjin, Shijiazhuang, Taiyuan and Hohhot, financial news outlet Caixin said on Wednesday, citing unidentified sources.

Such reports suggest the capital may have reached its limit in screening incoming visitors, the China Daily editorial said.

From Thursday, those entering Guangdong after visiting countries with high infection rates will be quarantined for 14 days at home or at a centralized medical center, the official Xinhua news agency said.

The nations include Britain, Denmark, Malaysia, the Netherlands, Thailand and the United States, apart from hard-hit Iran, Italy and South Korea.

China’s eastern provinces of Shandong and Anhui, its southwestern city of Chongqing, and Wuhan earlier said they would require all overseas arrivals to spend 14 days in quarantine in designated locations or homes.

The outbreak epicenter of Wuhan reported no new infections for the first time, the National Health Commission said.

If no new case is reported for a gap of 14 consecutive days after the last, the lockdown could gradually be lifted, China Daily said, citing an epidemiologist.

“We expect new cases will cease to appear in mid or late March,” said Li Lanjuan, director of China’s State Key Laboratory for Diagnosis and Treatment of Infectious Diseases.

It eased quarantine rules slightly, allowing people to walk in their compounds, rather than staying confined to living quarters, state-run CCTV said on Thursday.

No new infections have been reported for 14 days in the rest of Hubei, where authorities said on Thursday they would allow entry on certain conditions to people from other provinces, a post on a government site showed.

China tentatively plans to hold late in April or early in May its annual gathering of Parliament, two people involved in preparations told Reuters, after a delay, caused by the outbreak, from an initial date of early March.

Total infections in mainland China stood at 80,928, with the tally of deaths at 3,245 by Wednesday, up eight from a day before. Wuhan accounted for six of the eight new deaths in Hubei.