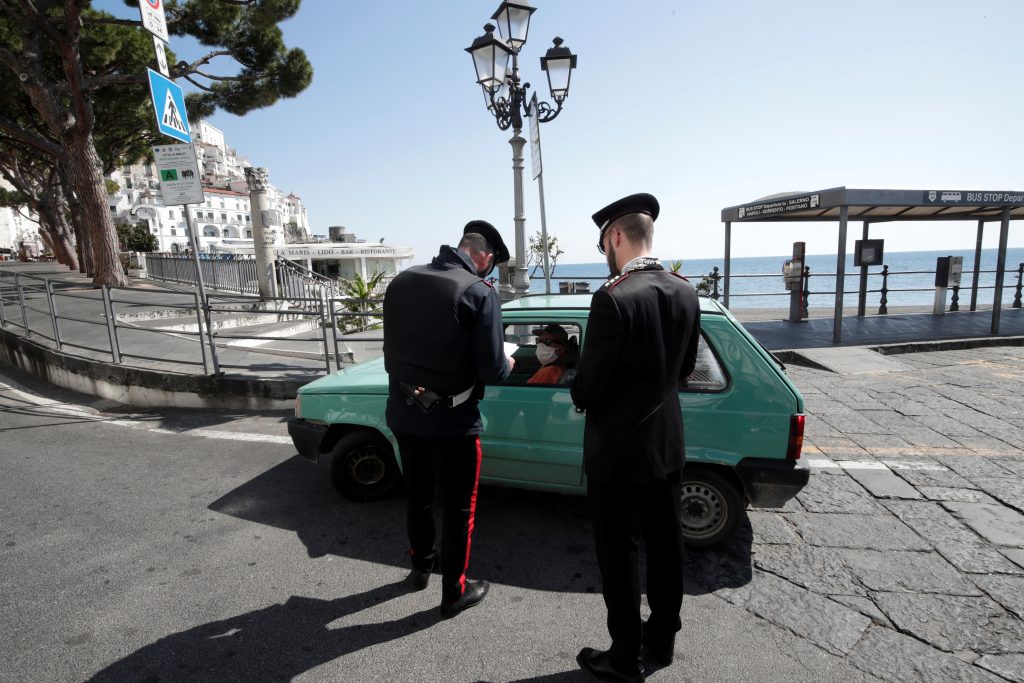 Italy ordered the army to move bodies from a northern town at the center of the coronavirus outbreak where funeral services have been overwhelmed as the government prepared to prolong emergency lockdown measures across the country.

Video shot by local people in Bergamo, northeast of Milan, and shown on the website of the local newspaper Eco di Bergamo, showed a long column of military trucks driving through the streets overnight and removing coffins from the town’s cemetery.

An army spokesman confirmed on Thursday that 15 trucks and 50 soldiers had been deployed to move bodies to neighboring provinces. Earlier local authorities in Bergamo had appealed for help with cremations after they had overwhelmed its crematorium.

Italy recorded the largest ever one-day increase in coronavirus deaths on Wednesday as the total rose by 475 to almost 3,000. There were more than 300 deaths in the region of Lombardy alone, where Bergamo, the worst-hit province with more than 4,000 cases, is located.

Italy went into virtual lockdown before other countries in Europe but, with cases still rising, the government is considering even tougher measures that would further restrict the limited amount of outdoor movement currently permitted.

On Thursday, the Corriere della Sera newspaper quoted Prime Minister Giuseppe Conte as saying the government would extend the deadline on current emergency measures closing schools and many businesses. The measures currently order most shops to stay shut until at least March 25 and schools till April 3. Conte did not say how long the measures would be prolonged.

Officials have said tougher measures could be needed because too many people are not respecting the order to stay at home for all but essential purposes, and thousands are still falling ill.

The images of army trucks evacuating bodies underlined the extent to which health services in the worst-affected northern regions of Italy have been stretched to breaking point by the crisis.

Giacomo Angeloni, the local official in charge of cemeteries in Bergamo, said earlier this week the crematorium was working around the clock and handling around 24 bodies a day, almost twice its normal maximum, and was unable to keep up.

With mortuaries overflowing, the pews of the crematorium church have been removed to leave space to lay out scores of coffins but more have been arriving every day.

Lombardy provincial governor Attilio Fontana said doctors and nurses in the region’s hospitals were at their limits. “I’m worried about the possibility they could succumb physically and psychologically because if they were to succumb, it would really be a disaster,” Angeloni told Radio Capital.