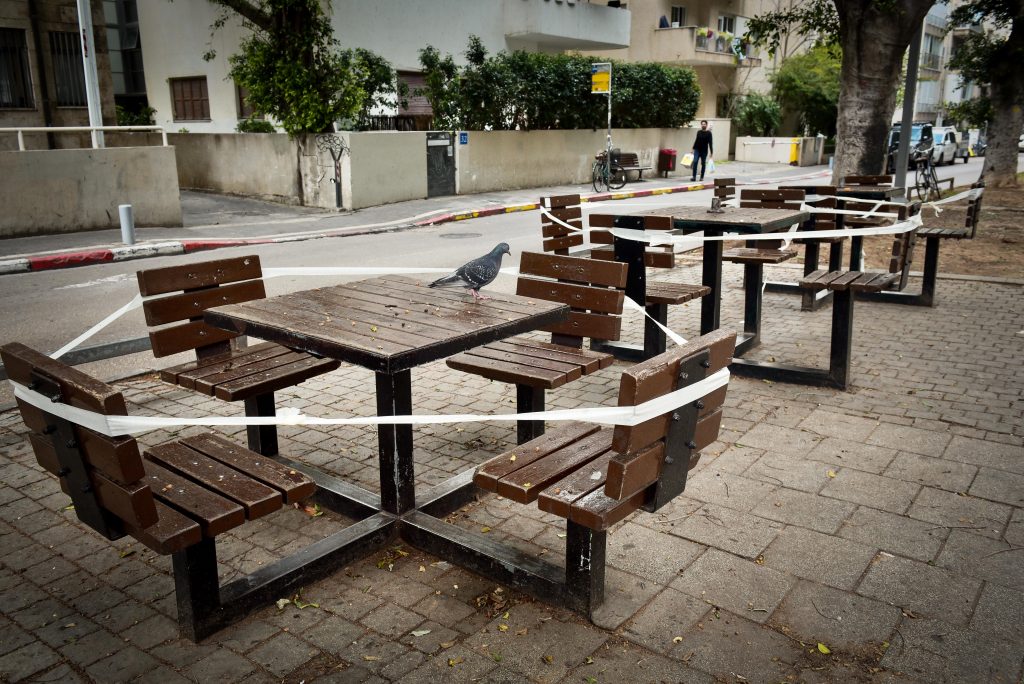 The Israeli government is now preparing the paperwork that will enable officials to enforce the stay-at-home rules promulgated by the Health Ministry but which have seen frequent violations.

Israeli Prime Minister Binyamin Netanyahu‏‏ made the announcement shortly before the Health Ministry issued the latest tally of confirmed cases of coronavirus: 677, a jump from 573 just hours before.

Six patients remain in serious condition, 13 are in moderate condition, and 644 are in mild condition. So far, 14 patients have recovered and been released from the hospital. B’chasdei shamayim, no fatalities have been recorded.

In what has become a nightly broadcast updating the nation on the latest coronavirus measures, Netanyahu‏‏ said his government was in the process of converting the voluntary guidelines into law.

“The government will approve tonight emergency regulations on limiting movement,” he said. “This isn’t a request, this isn’t a recommendation, this is an obligatory order. The purpose of these instructions is to ensure as few people will be infected and infect [others].”

The orders will take effect as soon they’re approved, he said, and will continue for at least seven days.

“This is a step unlike any since the founding of the State of Israel,” Netanyahu noted, as Israel has never faced anything like the coronavirus. But, he said, “b’ezrat Hashem,” the country will get through it as it has so many crises in the past.

A detailed list of permitted activities were to be announced later Thursday night. But essential matters, including Tefillah and chassanos (limited to 10 for a minyan), are expected to be allowed.

Netanyahu defended the stringent measures, saying they aim “to save many lives,” and “if anyone thinks I’m exaggerating, look at the pictures of what is happening in Spain and Italy” where “teams are piling the dead into special vehicles. That must not happen here. We have to do everything to ensure it doesn’t happen.”

“You can go out to buy food and medicines, and for medical treatment and other exceptions,” he adds. “If you do go out, don’t gather, maintain hygiene, and keep the 2-meter minimum distance from each other.”

It was not clear, however, how police or health ministry inspectors would ascertain whether a person was out on essential business, such as getting medicine, shopping for groceries, or work permitted by the guidelines, or an illicit excursion.

Regarding shortages of protective medical equipment, he said the entire world has the same problem. It is “impossible” to hold such equipment for years on end to prepare for a virus outbreak, but assured the public that Israel is working to fill all the gaps.

As for testing for the disease, the prime minister said he hopes they’ll reach 3,000 tests a day by Sunday, and 5,000 the following week: “This will put Israel among the leading countries in the world.”

Meanwhile, the IDF said it has raised the alert level to one usually reserved for external threats, but in this case was in response to the coronavirus, The Times of Israel said.

“Ray of Light,” as it’s being called, is only the third highest level of readiness, which is mostly concerned with the number of soldiers that need to be available in case of emergency.

IDF Spokesperson Hidai Zilberman says the military is working to assist civilian authorities, as well as preparing to intervene if public order requires it.