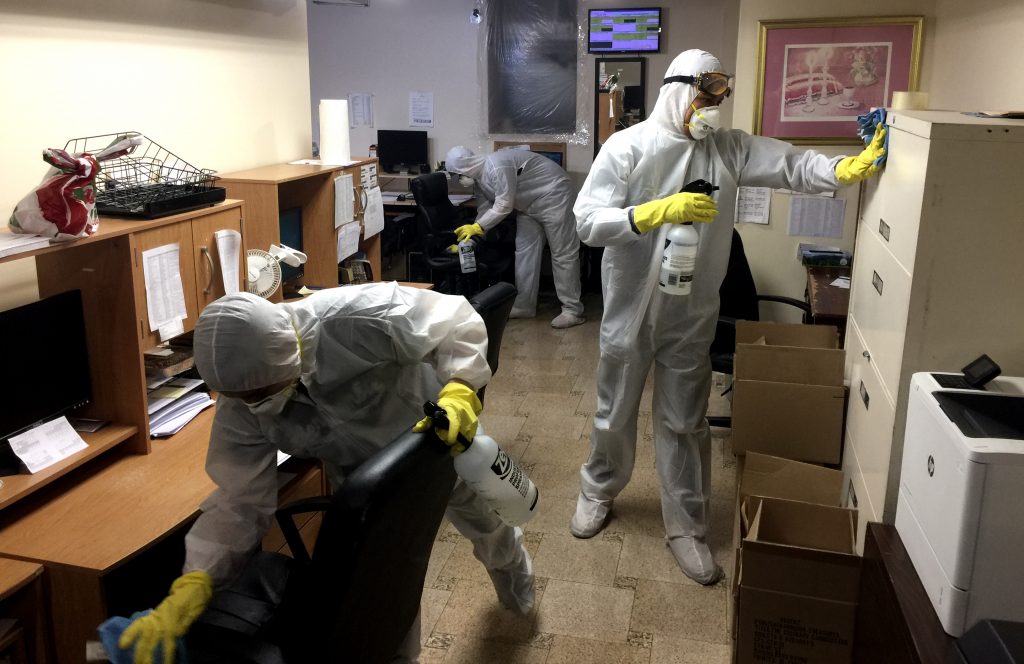 Cuomo is requiring businesses in New York to decrease their in-office workforce by 75%, tightening a 50% restriction he announced Wednesday.

“That means 75% of the workforce must stay at home, and work from home,” he said.

New York Gov. Andrew Cuomo said Thursday that he is not going to impose martial law as he sought to quell what he said was panic over the possibility of New York City residents being told to shelter in place to curb the spread of the coronavirus.

“I’m as afraid of the fear and the panic as I am of the virus, and I think that the fear is more contagious than the virus right now,” Cuomo said on CNN.

The shelter in place rules in effect in the San Francisco Bay Area since Tuesday allow people to leave their homes for essential tasks like picking up groceries or medicine. New York City Mayor Bill de Blasio said Tuesday he was considering imposing such rules in the city, which has recorded at least 11 deaths from COVID-19.

But Cuomo said on CNN that the term shelter in place originated with preparations for nuclear war.

“What it said is people should go into an interior room of their home with no windows, stay there until they get the all clear sign. Now, that’s not what people really mean, but that’s what it sounds like,” Cuomo said. “And I spent half my day knocking down rumors that we’re going to imprison people in their homes, there is going to be a roadblock around New York City.”

Cuomo provided little clarity when CNN’s Alisyn Camerota said it’s hard for people to known whether they should go to a park or stay home to prevent the spread of the virus “on their version of lockdown.”

New York has confirmed more than 4,000 cases statewide, which Cuomo said was driven by a dramatic increase in testing. New York has cumulatively tested 22,000 people, including 8,000 in the past day.

“Why are you seeing the numbers go up?” Cuomo asked at a news conference. “Because you are taking more tests.”