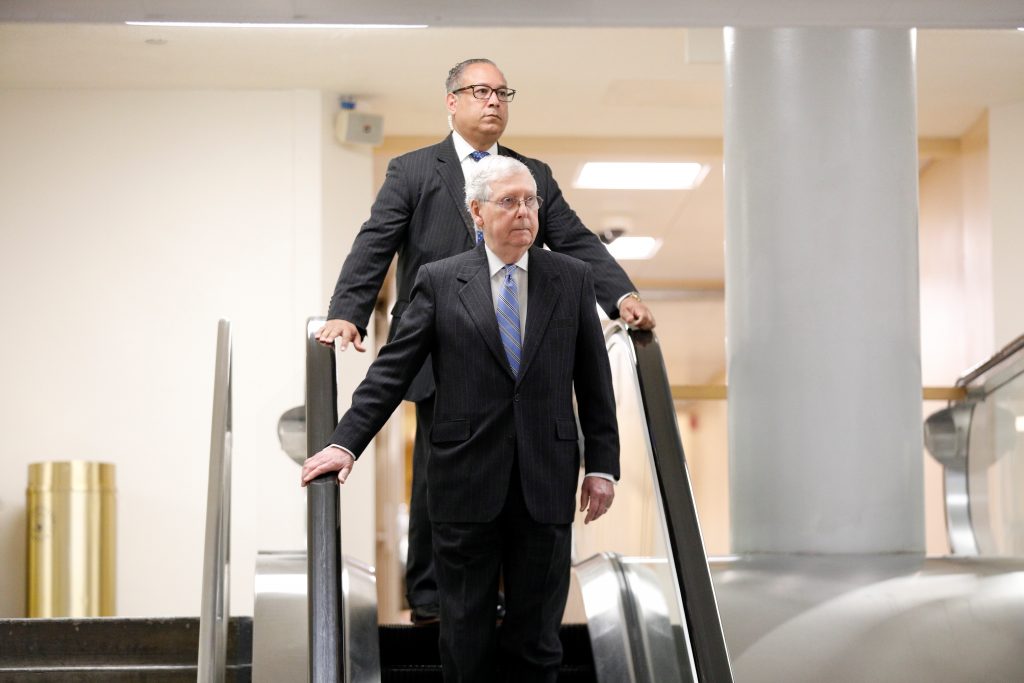 The Senate overwhelmingly passed legislation on Wednesday providing billions of dollars to limit the damage from the coronavirus pandemic through free testing, paid sick leave and expanded safety-net spending.

The bill, which was backed by President Donald Trump, now goes to him to be signed into law. Congress and the White House are discussing additional stimulus measures that could cost more than $1 trillion.

Lawmakers in the Republican-led Senate largely set aside their ideological divisions, passing the legislation by a bipartisan vote of 90-8, with all “no” votes coming from Republicans. The Democratic-controlled House of Representatives also passed the bill by an overwhelming bipartisan margin last Saturday.

The exact cost has not been tallied, but the congressional Joint Committee on Taxation estimates that the sick leave and family leave provisions alone would cost $105 billion.

Lawmakers are simultaneously trying to craft another emergency package that could cost $1.3 trillion – far more than the mammoth recession-fighting packages that Congress passed in 2008 and 2009 during the financial crisis.

That package could include two rounds of direct payments to Americans, totaling $250 billion each, according to a Treasury Department proposal seen by Reuters.

Trump suggested on Tuesday those checks could amount to up to $1,000 each. Payments would be tiered based on income and family size. Senate Democratic leader Chuck Schumer said expanded unemployment benefits would provide more of an impact.

The plan also would provide $300 billion for small businesses, $50 billion in loans for cash-strapped airlines and $150 billion for loan guarantees to other distressed economic sectors.

Republican Senate Majority Leader Mitch McConnell said his party hoped to forge a deal with the White House soon. Another Republican, Senator Richard Shelby, said it could be unveiled as soon as Wednesday evening.

Mindful of lingering voter anger over the 2008 bank bailout, lawmakers said any industry-specific aid should come in the form of loans that must be paid back.

“I’m not in favor of just handing over billions in taxpayer dollars to the airlines or others,” Republican Senator Josh Hawley told reporters.

Treasury Secretary Steven Mnuchin privately warned this week that unemployment could hit 20% if Congress does not act.

Separately, the Trump administration also asked Congress for an additional $45.8 billion to shore up U.S. government agencies responding to the outbreak.

It would also give extra funds to improve airport sanitation, provide protective gear to federal agents, bolster cybersecurity protections, improve teleworking capabilities and shore up the Amtrak passenger rail service, which has seen a steep drop in ridership.

House Democrats had concerns that the bill might also enable the Homeland Security Department to deport more immigrants who are in the country illegally, according to an aide, who spoke on condition of anonymity.

Early this month, Congress approved a first $8.3 billion package to boost the medical response to the pandemic.

Health officials have advised Americans to avoid non-essential travel and large gatherings in an effort to stop the spread of the coronavirus.

In a step aimed at limiting the spread of the virus among the lawmakers themselves, McConnell said he planned to double the amount of time to vote to limit the number of members in the chamber at any one time.

On Wednesday, he warned his fellow senators not to linger during votes, as they normally do.

“Come in and vote and leave,” McConnell said.