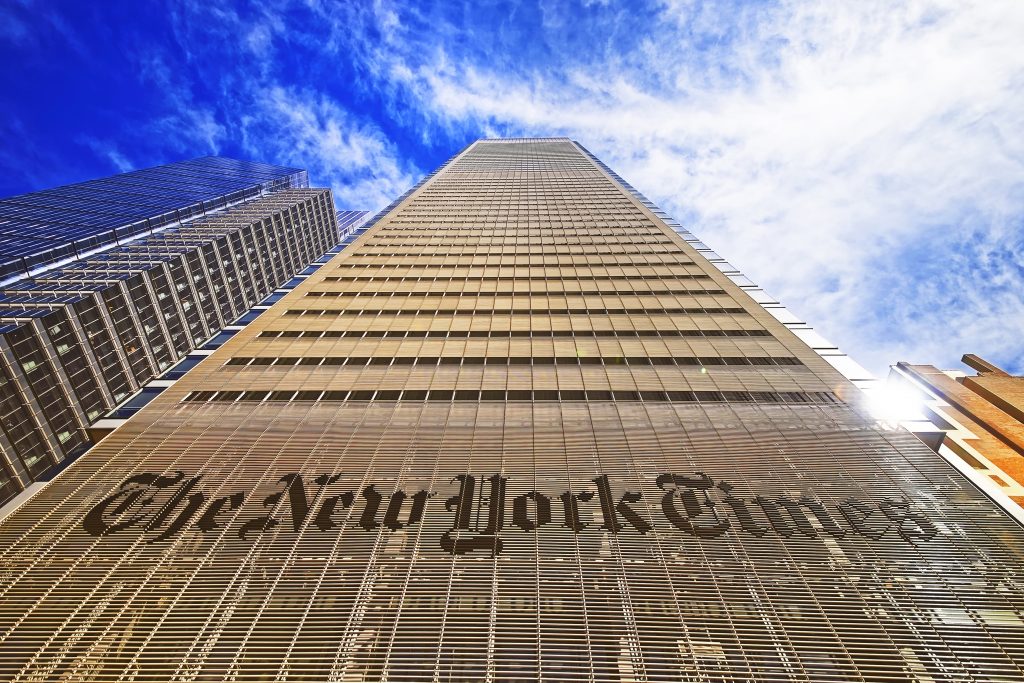 It’s strange but true: We sometimes fail to acknowledge the most important thing in the universe.

That would be bechirah, Hashem’s astonishing gift of free will to mankind. We humans are able to choose our actions and our attitudes.

We can certainly be stubborn creatures, and a mind is a hard thing to change. But change it can.

That truth was brought sharply home to me recently in an email interaction I had with a Jewish person who lives in a faraway state.

“You ARE ‘extreme and beyond normal and beyond mainstream,’” my correspondent wrote, “misogynistic and ultra-conservative. You exclude anyone you consider ‘other.’”

What evoked the irate missive was an op-ed, or opinion column, I wrote that was published in The New York Times.

The meeting was intended to sensitize the other side of the table to the way some of their newspaper’s characterizations of the chareidi community were inaccurate, even dangerous.

Each of us visitors to The Times’ offices presented a bit of evidence or a particular perspective. And at one point, in passing, I noted that the very term used for us — “ultra-Orthodox” — was subtly pejorative, since “ultra” connotes “excess” or “beyond what is normal.”

At that point, the op-ed page editor interjected, “Well, that would make an interesting op-ed.”

In my head, I responded, “You bet it would.”

And so, two days later, I submitted an essay I had written, which focused not only on the misuse of the prefix “ultra” but on other subtle “otherings” of the chareidi community, as well — like the characterizations of us effectively as invaders simply for having chosen to buy homes in new areas, and like calling the exercise of our democratic rights in local elections “voting as a bloc” — a term never used when focusing on, say, the black vote or Hispanic one.

I received an avalanche of responses, almost all positive — from non-Jews and Jews of all stripes alike.

One memorable missive read, in part: I’m a non-religious Catholic man … in the midst of a significant Jewish community. I’m the regular Shabbos goy for several of my friends and neighbors. … I got so many good and new ways of seeing people from your editorial. … [There is] so much bias I have that I never thought about. I will look at people differently from now on, or at least I will work on doing that as much as I am able.”

The negative one excerpted earlier above was one of a small handful of angry reactions.

I responded to all the communications, if only to thank the writers for writing. To the irate correspondent quoted above, I sent the following:

“I don’t know how many Chassidic or non-Chassidic chareidi families you know, but your description of them as misogynistic is well beyond a mere exaggeration. There are traditional roles for men and for women in Orthodox communities, but both men and women are fully valued and well-treated by both men and women. ‘Conservative’? Well, yes. Is that a crime?

“Which brings me back to the tribe. We don’t exclude any Jew from the Jewish people. You seem to do that with your final sentence. But you are MY tribe.”

And, signing off with “best wishes,” I clicked “send.”

I didn’t expect any further communication, but the correspondent did respond, first, with: “Thank you. You are the first haredi Jew I have ever spoken with. … Apologies for my preconceptions.”

And then, after I acknowledged the writer’s good will, a second response: “Although I’m [Jewish] through my mother, my parents took us to a Unitarian church and I have never embraced religion or Judaism. Its strongest influence on my life has been through food. Perhaps that will change now.”

Later, the person wrote again, to say, “Apologies for my preconceptions,” and to request reading material about Yiddishkeit, a request I immediately honored.

My first, visceral reaction to verbal attacks on Torah Jews or Torah life is a desire to respond in kind, with ire, or at least with wry repartee.

But what I’ve learned over the years is that — why I ever doubted it, I don’t know — Shlomo Hamelech was correct when he taught that a maaneh rach — “a gentle reply” — yashiv cheimah — “turns away wrath.”

That’s something true not only in interactions like the one I had with the angry correspondent, but in all our interpersonal dealings — within our families, in our workplaces, with our friends and acquaintances. It’s also something I wish I had fully recognized at a much earlier age than I did.

Not every mind’s owner will choose to change it. But every one of them — there is bechirah, after all — can.

And sometimes we can help make that change a little easier.