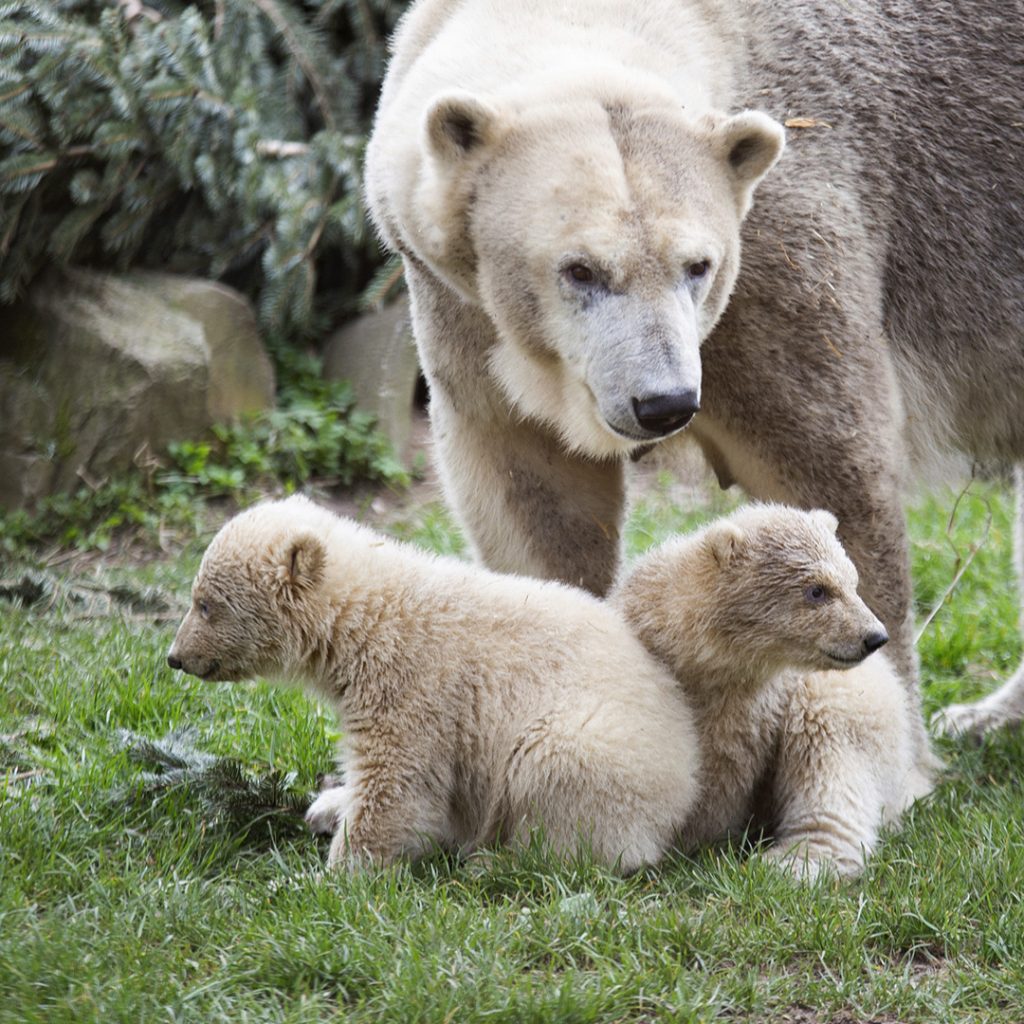 A pair of twin polar bear cubs have made their public debut at a Dutch zoo — but without the public because of coronavirus restrictions.

There was no sign of social distancing between the three-and-a-half-month-old cubs and their mother as they cautiously ventured out of the maternity den at the Ouwehands Zoo on Wednesday morning.

The twins stuck close to their mother, called Freedom, as they explored their outdoor enclosure for the first time since they were born on Nov. 27.

In video released by the zoo, Freedom kept a close eye on her cubs and gently licked the head of one as it suckled.

The cubs are the product of a European breeding program intended to help preserve the endangered species.

The gender of the cubs is not yet known. Once that is established, the zoo has two male names — Yuku and Atlas — and two female names — Yura and Nova — ready.

The Ouwehands Zoo in the central town of Rhenen has been forced to close its doors by a government ban, in force until at least April 6, on gatherings of more than 100 people.