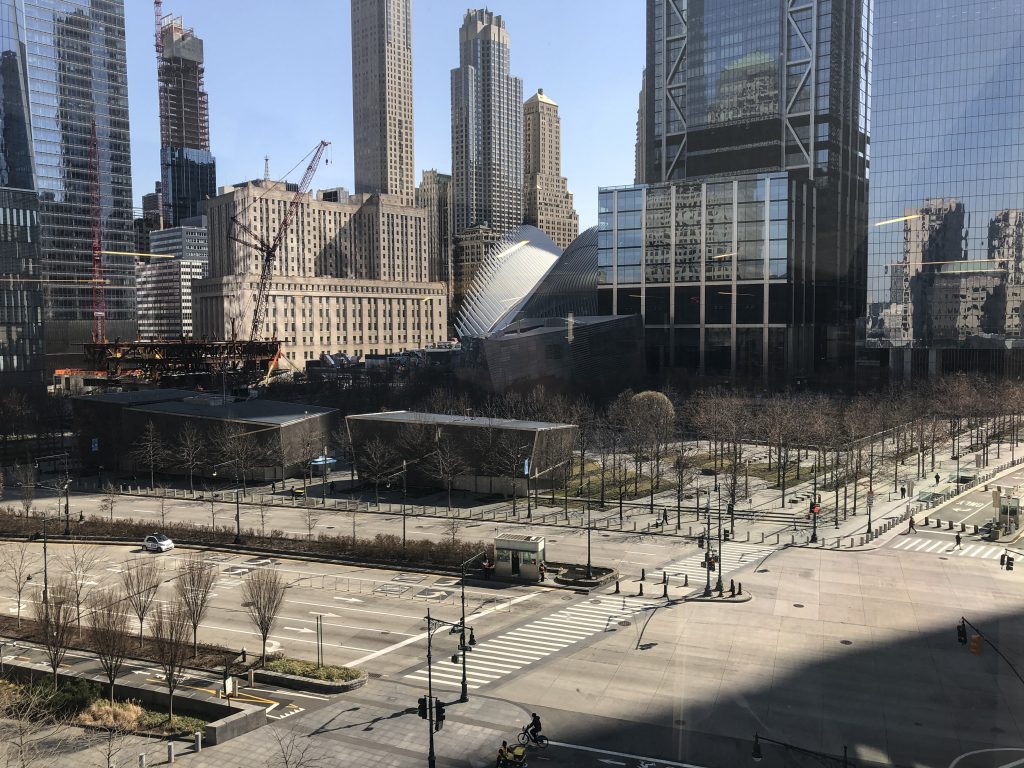 A look at developments Wednesday in the coronavirus outbreak in New York:

A hospitalized lawyer from a New York City suburb connected to one of the earliest U.S. coronavirus clusters is improving Baruch Hashem and talking to his family via FaceTime.

Adina Lewis Garbuz posted on social media that her husband, Lawrence Garbuz, is “awake and alert and seems to be on the road to full recovery.” He had been in serious condition at a New York City hospital earlier this month.

He is connected to a large cluster in New Rochelle, in suburban Westchester County, that included his family and people at his synagogue.

Adina Garbuz, who is under quarantine, said her husband is only aware now of his diagnosis.

“(H)e is trying to comprehend a world where no one goes out, no social gatherings, no religious services, no Purim!! But he seems to be quickly adding it all up,” she wrote.

Also, the first person to test positive for the coronavirus in New York appears to be free of it after recovering at home, according to Gov. Andrew Cuomo.

The 39-year-old Manhattan woman had returned in February with her husband from Iran, a hotspot for the virus. The unidentified health-care worker had been recovering from home and was not hospitalized.

New York state has more than 2,300 confirmed cases. More than 1,000 of those were reported Wednesday, reflecting not only the spread of virus but a dramatic increase in testing.

There have been 20 deaths statewide and around 550 hospitalizations. The governor said more than 100 people who tested positive have recovered.

The states have already coordinated on the temporary closure of theaters, gyms and other measures to slow the spread of the coronavirus.

“This is a fast moving and quickly evolving public health emergency, and making these kinds of important decisions as a region makes more sense than a patchwork approach,” Connecticut Governor Ned Lamont said in a prepared release.

Cuomo is requiring many businesses in New York to decrease their in-office workforce by 50%, the latest in a series of restrictions to keep the virus from spreading.

The state already has similar work-from-home rules for public workers.

Cuomo said that he understood the order would be a burden on businesses, but that dealing with the unprecedented health crisis at hand is the priority.

New York could lose out on $4 billion to $7 billion in tax revenues over the next year because of the coronavirus, according to state Comptroller Thomas DiNapoli.

Losses are expected amid the economic slowdown and volatility in the markets.

The state had projected $87.9 billion in revenue next year.

“Economic forecasters are currently unable to rule out a more severe recession or sharper stock market declines; if either occurs, the revenue outlook could be significantly worse,” DiNapoli said.