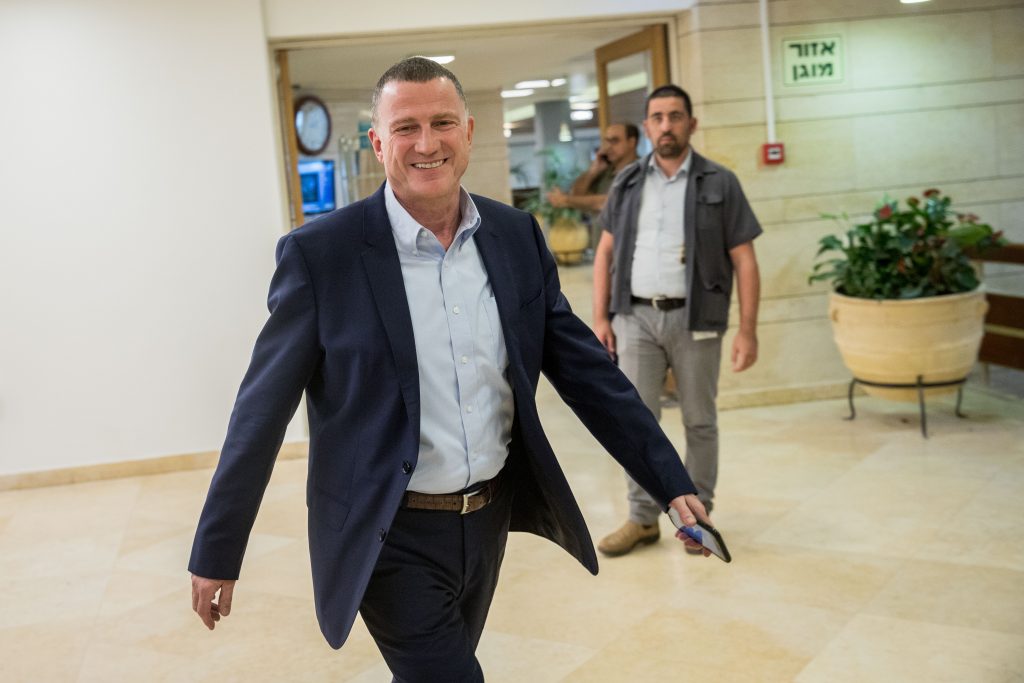 While Israel headed toward what might be a near-total shutdown in the coronavirus pandemic, the Knesset plenum was shut down completely on Wednesday as the poisonous bickering between the Likud and Blue and White parties persisted.

Knesset Speaker Yuli Edelstein (Likud) not only adjourned discussion but said he was locking the plenum until next week after the major parties resumed wrangling over the staffing of committees, which had led to shouting matches and indecision on Tuesday.

Edelstein brought proceedings to a halt after only three minutes on Wednesday when he saw that the two parties were not going to reach agreement without further behind-the-scenes negotiations.

The extraordinary incident brought President Reuven Rivlin into the picture, who subsequently called Edelstein and urged him to find a way to get the Knesset functioning again as soon as possible.

“A Knesset that is out of action harms the ability of the State of Israel to function well and responsibly in an emergency. We must not let this crisis, as serious as it is, harm our democratic system,” Rivlin told Edelstein by phone.

Edelstein responded that he was working to resolve the dispute and called on Likud and Blue and White to reach an understanding about the establishment of Knesset committees immediately.

“The gaps between the sides are not great and Israeli citizens deserve that their elected representatives work for them and oversee the work of the government. There is no reason to drag this out,” he was quoted by the president’s office as saying.

But in a separate statement, the speaker seemed to take a tougher line, saying that the country’s “democratic process and parliamentary oversight” will only be restored when “we are prepared for it.”

“I’ve been spending no small number of hours yesterday and today trying to reach an agreement between the factions. I offered a compromise that I thought could press ‘start’ on the Knesset’s work now, even at this very moment,” he said.

In response to Edelstein’s action, Blue and White leader Benny Gantz said he was going to sue to reopen the Knesset.

“We have been working hard all day through different communication channels — including me meeting personally with MK Edelstein, who is refusing to let us congregate in the halls of democracy and work for the citizens and — above all else — tackle the challenge of corona,” Gantz said.

“At this point — we have no choice but to turn to the High Court.”

Gantz’s party was less diplomatic in a statement accusing Edelstein of “trampling Israeli democracy at Prime Minister Binyamin Netanyahu’s behest.” The party said it would appeal to the Court on Thursday to force him to convene the plenum and “end the craziness.”

The parties are fighting over the size of the Arrangements Committee, with Blue and White insisting it should have 17 members, which would give its bloc a 9-8 majority on the committee. Likud objects, citing Health Ministry guidelines allowing no more than 10 people to gather at the same time, and that it should have equal representation, 5-5, on the committee.