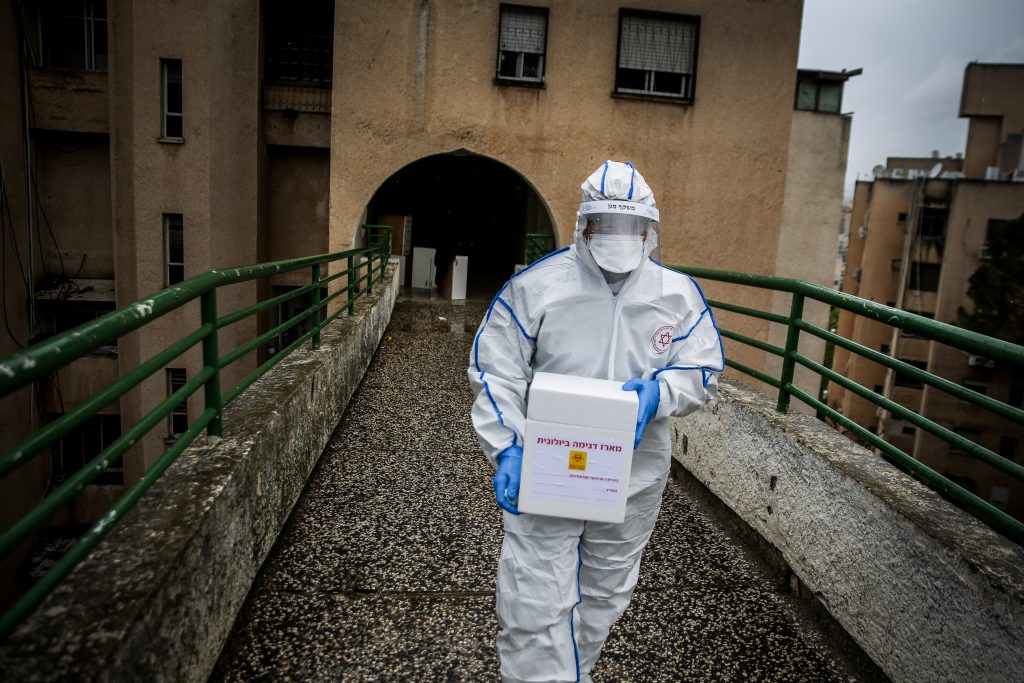 Israel on Wednesday closed its borders with the Palestinian Authority, with Defense Minister Naftali Bennett saying that Israel could not take a chance on admitting large numbers of workers from PA-controlled areas in the wake of the coronavirus crisis. Meanwhile, the PA announced Tuesday night that any PA residents working in Israel had three days to return to their homes; after that, they would have to remain in Israel, and they would be responsible for their own accommodations and welfare.

Israel and the PA have been cooperating on stemming the spread of coronavirus, a PA source told Kan News Wednesday. “We have many differences with Israel but this is a common crisis for all of us, and without cooperation our people will suffer as well,” the source said. “This virus is not discriminating between anyone.”

With that, some 25,000 PA workers entered Israel proper on Wednesday morning, most of them working in construction and agriculture. The workers will remain in Israel for at least a month, and their employers will be responsible for housing and feeding them. Tens of thousands of PA workers will not be able to commute to their jobs in Israel, but since many of the businesses that normally employ them – like restaurants and hotels – are not operating anyway, they do not currently have jobs they need to commute to.

Meanwhile, the flow of foreigners out of Israel and Israelis returning home continued apace Tuesday. Over 5,800 foreign residents, mostly workers, left Ben Gurion Airport Tuesday, part of the 145,796 foreign workers and tourists who have left in the past two weeks. During that period, 139,182 Israelis have returned home. That number will grow by several dozen Wednesday, as a group of Israelis who were stranded in Peru are brought back to Israel on an El Al flight. The airline donated a plane to the cause after Peru told foreign visitors that they had until Thursday to get out of the country, or they would have to remain there indefinitely.