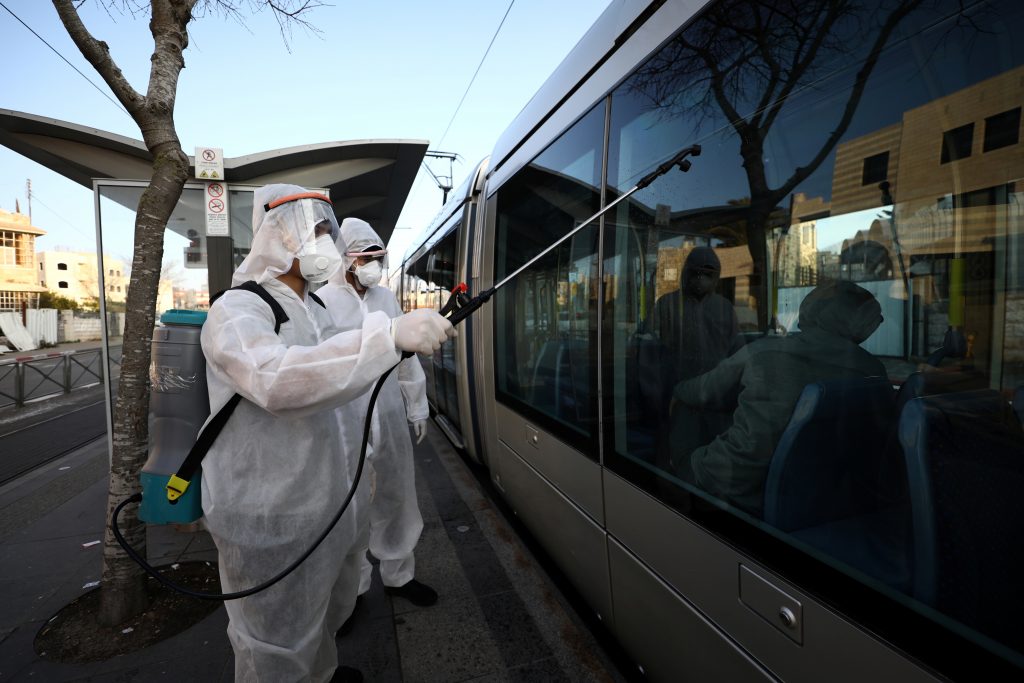 President Reuven Rivlin spoke on the phone with Palestinian Authority President Mahmoud Abbas about coordinating their efforts to stem the coronavirus.

“The world is dealing with a crisis that does not distinguish between people or where they live,” Rivlin said, according to his office.

“The cooperation between us is vital to ensure the health of both Israelis and Palestinians,” he added. Abbas was not quoted.

A senior Palestinian official was quoted by The Times of Israel on Wednesday as saying that cooperation on containing the pandemic was already under way.

He said that officials have established a special mechanism to communicate “moment by moment” on all virus-related matters.

The Coordinator of Government Activities in the Territories (COGAT) did not respond to an emailed request for comment about the official’s remarks, the Times said.

However, Yotam Shefer, head of the international department at COGAT, told reporters in a briefing on Wednesday that coordination between Israel and the Palestinians was “very tight and very strong.”

PA Prime Minister Mohammad Shtayyeh said on Tuesday that movement between Israel and the Palestinian areas would be curtailed in three days amid coronavirus fears, the official PA news site Wafa reported.

Israeli Defense Minister Naftali Bennett’s office said on Tuesday that he had ordered authorities to allow Palestinians working in “essential sectors” in Israel to spend the coming one to two months in the country, with their employers finding a place for them to stay.

Following that, Shtayyeh issued a statement that Palestinians who work in Israel would be given three days to leave their homes and arrange accommodations in their workplaces

They will not be permitted to cross back and forth between Israel and the Palestinian towns in Yehuda and Shomron.