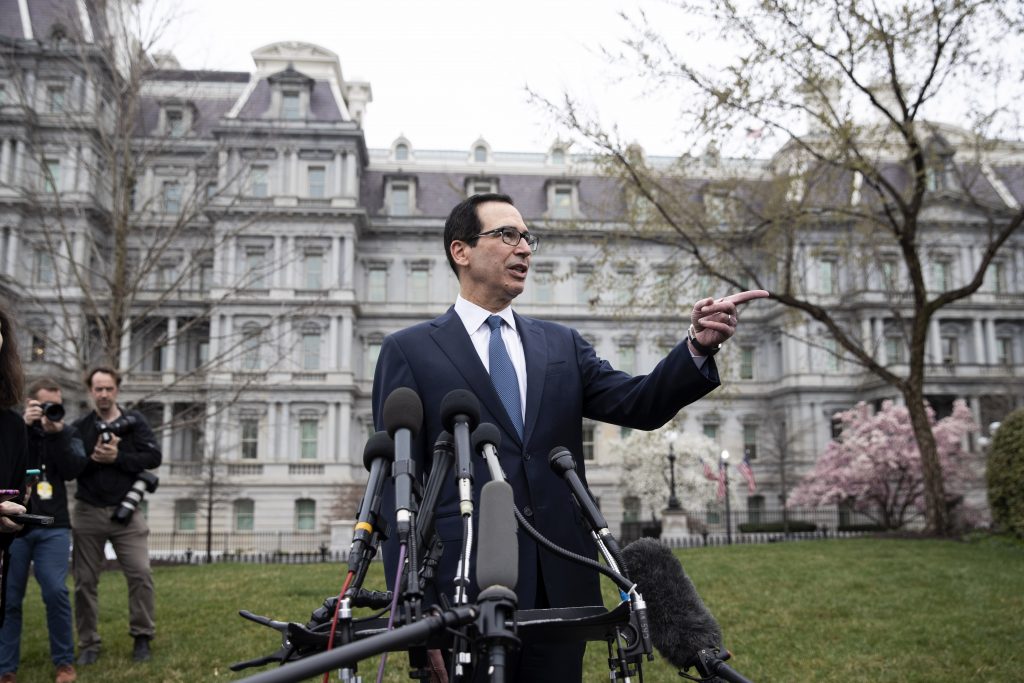 The White House is proposing a roughly $850 billion emergency stimulus to address the economic cost of the new coronavirus. The request will be outlined to Senate Republicans Tuesday and will aim to provide relief for small businesses and the airline industry and include a massive tax cut for wage-earners.

Two people familiar with the request described it to The Associated Press on the condition of anonymity because they weren’t authorized to speak publicly.

The White House hopes the measure will pass this week, as the administration scrambled to contain the economic fallout of the severe disruptions to American life from the outbreak.

White House officials offered senators a preliminary briefing late Monday at the Capitol, saying they want the plan approved by Congress as soon as possible, suggesting in a matter of days.