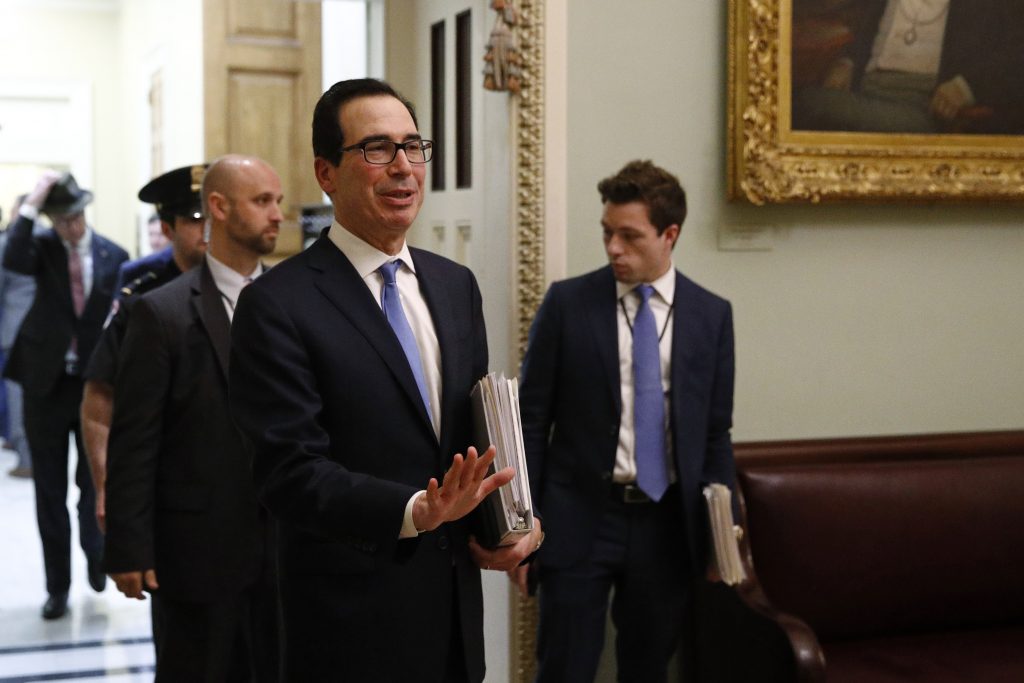 The Trump administration says individuals and businesses will be allowed to delay paying their 2019 tax bills for 90 days past the usual April 15 deadline. The extension announced Tuesday is an effort to inject up to $300 billion into the economy at a time when the coronavirus appears on the verge of causing a recession.

Taxpayers will still have to file their tax returns by the April 15 deadline. But they won’t have to pay their tax bill for 90 additional days. During that time, individuals and corporations will not be subject to interest or penalty payments.

“All you have to do is file your taxes,” Mnuchin said.

The Treasury secretary said President Donald Trump had approved the final details of the program, including its expansion to include the potential of allowing taxpayers to keep $300 billion in the economy for now. Last week, Mnuchin had estimated that deferred payments would amount to $200 billion.

Mnuchin had said the delay would apply to all but the “super rich” but did not spell out how the payment delay will work. The IRS has yet to release specific guidelines for the program.

The IRS is using authority under Trump’s national emergency declaration to take the step of approving the 90-day payment delay. Mnuchin encouraged taxpayers to keep filing their returns because many of them will be receiving refunds that they will be able to use to pay bills during the economic downturn.

Mark Zandi, chief economist at Moody’s Analytics, said that the tax delay program was only a stop-gap program but that it should help cushion the economy during a period of severe stress.

“Individuals and small businesses need cash right now,” Zandi said. “Anything that delays them having to send a check to the IRS will allow them to pay for their groceries and make mortgage payments and pay other bills.”

Under normal filing procedures, taxpayers must pay their obligations by April 15, although they can get a six-month extension to file the full return.

Mnuchin, who spoke to reporters at the White House, said that as part of a stimulus plan being negotiated with Congress, the administration is considering ways to send checks to Americans to help alleviate the impact of job losses from layoffs at restaurants and the tourism industry.

“Americans need cash now, and the president wants to give cash now and I mean now in the next two weeks,” Mnuchin said.