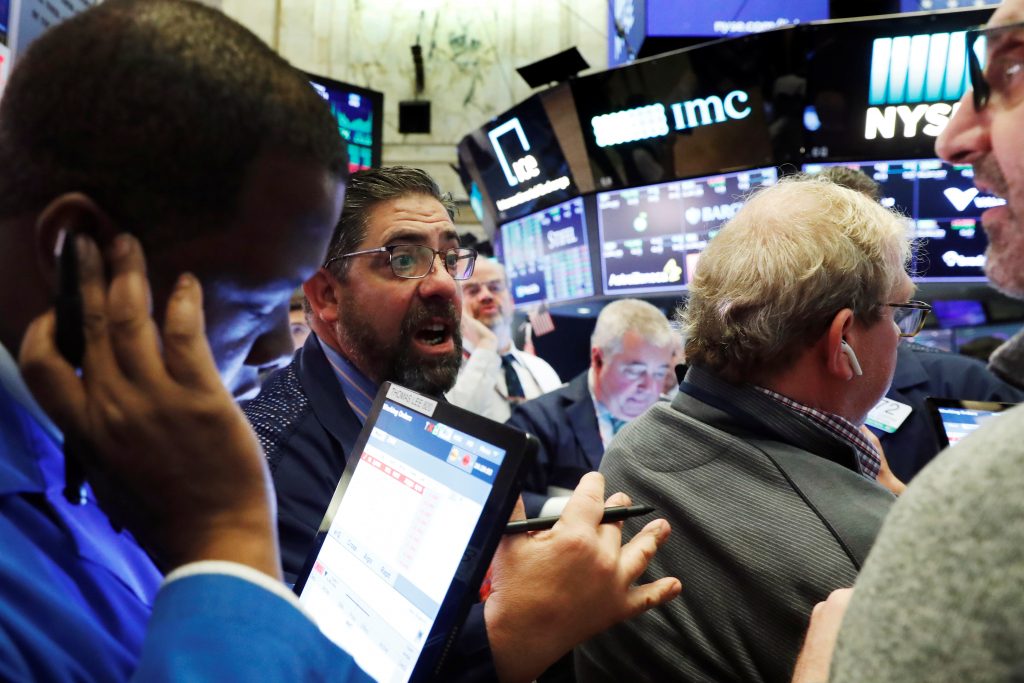 Wall Street looked set to plunge at opening on Monday as a second emergency rate cut by the U.S. Federal Reserve within two weeks intensified fears of recession.

The SPDR S&P 500 exchange traded fund pointed to a bigger drop at the open, plummeting 10% after the Fed slashed short-term rates by another 100 basis points and pledged sweeping asset purchases.

The S&P 500 index, which hit the circuit breaker twice last week after a crash in oil prices and unexpected travel restrictions from Europe, has now lost nearly $6 trillion since its record closing high in mid-February.

“A significant downturn is looming over the coming months, the only question is how deep it becomes,” said Neil Shearing, group chief economist at Capital Economics in London.

“As the scale of the economic and market disruption wrought by the coronavirus becomes clear, it seems likely that investors will increasingly start to question whether policymakers have already exhausted their capacity to respond.”

Central banks in Japan, Australia and New Zealand joined the Fed in announcing dramatic monetary easing in a coordinated effort not seen since the 2008 financial crisis, but could not shore up global investor sentiment.

Retailers Nike Inc, Lululemon Athletica Inc and Under Armour Inc said they would close stores, sending their shares down more than 8.5%.

The big U.S. banks will stop buying back shares and use that capital to lend to individuals and businesses affected by the coronavirus, an industry trade group said.

Tech heavyweights such Apple Inc, Microsoft Corp and Amazon.com Inc were together set to lose over $400 billion in market value.

The airline sector, among the worst hit by the virus outbreak, took another beating on Monday as United Airlines Holdings Inc’s March revenue fell $1.5 billion and the airline warned employees that planes could be flying nearly empty into the summer.