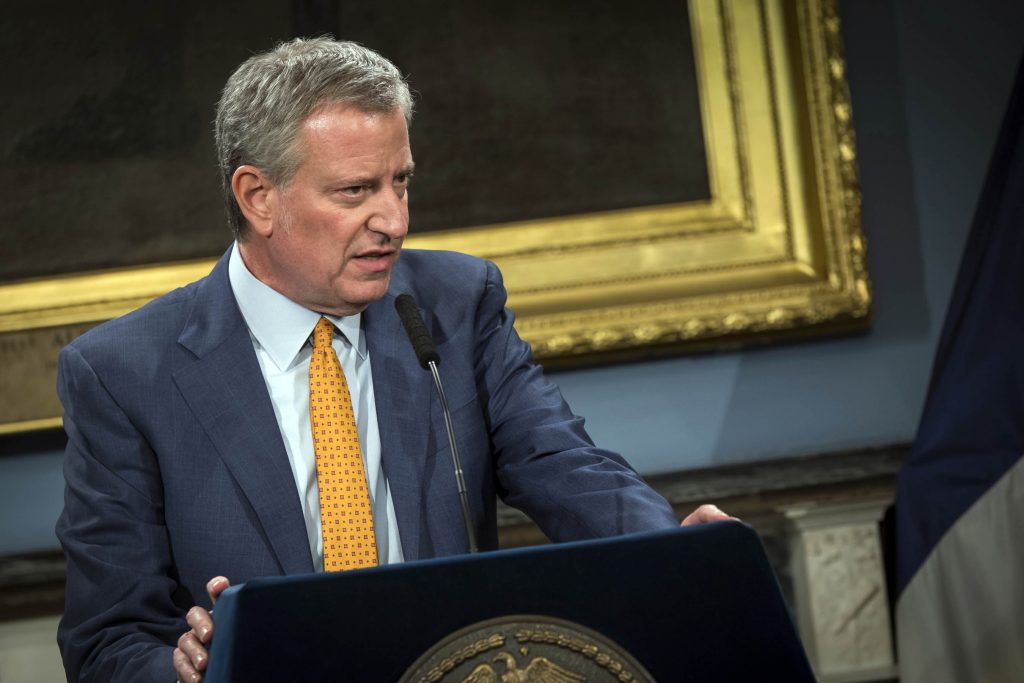 “This is not a decision I make lightly,” the mayor said. “These places are part of the heart and soul of our city. They are part of what it means to be a New Yorker. But our city is facing an unprecedented threat, and we must respond with a wartime mentality.”

But de Blasio announced the new measures Sunday, shortly after he ordered the closure of all New York City public schools. Other downstate New York public schools, as well as private schools in Nassau County, will also be closed.

The CDC on Sunday recommended that all gatherings of 50 people or more be canceled for the next eight weeks.

New York City has 329 confirmed cases of coronavirus, and five deaths, all in people over 50 who had preexisting health conditions.

“We will come through this,” said the mayor, “but until we do, we must make whatever sacrifices necessary to help our fellow New Yorkers.”