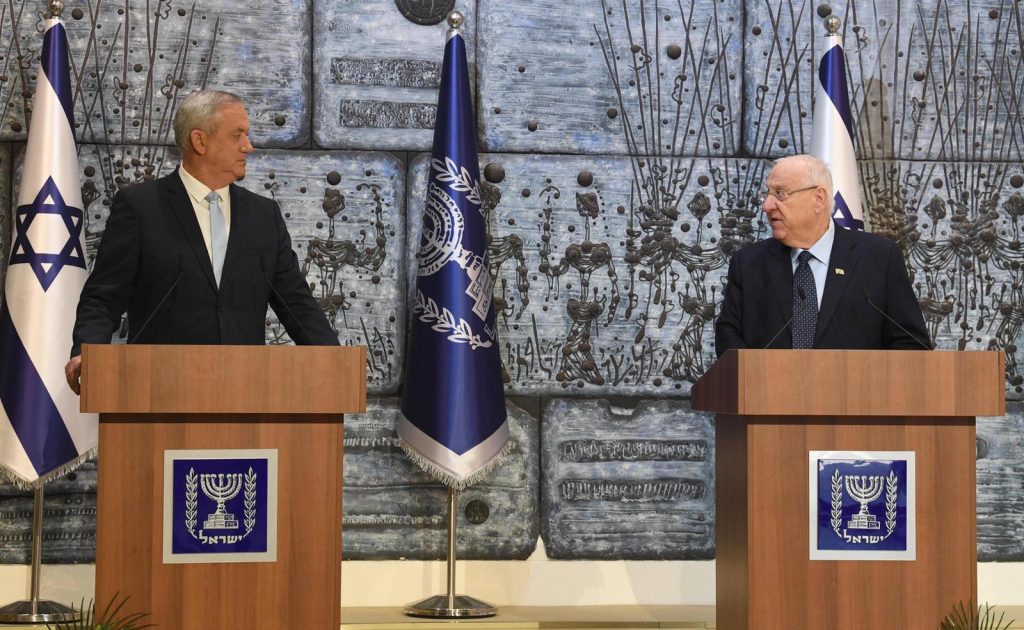 Blue and White leader Benny Gantz received an official mandate on Monday to try to form Israel‘s next government, and called on Prime Minister Binyamin Netanyahu to join him in a unity administration.

In a sharp blow to Netanyahu, who had declared victory after the election election, 61 MKs voiced support for Gantz in consultations with President Reuven Rivlin on Sunday.

At a ceremony Monday, Rivlin gave Gantz 28 days, with the option of a two-week extension, to assemble a ruling coalition.

But Gantz’s backers include opposing forces – the Joint List of Arab parties, and the Yisrael Beyteinu faction led by Avigdor Liberman – that complicate efforts to form a viable government without wider support.

Netanyahu and Liberman have proposed a six-month “national emergency government” grouping Blue and White and the prime minister’s rightwing Likud party, to confront the coronavirus crisis.

“I give you my word, I will do all in my ability to establish within a few days as broad and patriotic a government as possible,” Gantz said at the nomination ceremony, without going into details.

Gantz called on his rival to agree to a unity deal now. “The time has come for an end to empty words,” Gantz said at the ceremony. “It’s time to set aside our swords and unite our tribes and defeat hatred.”