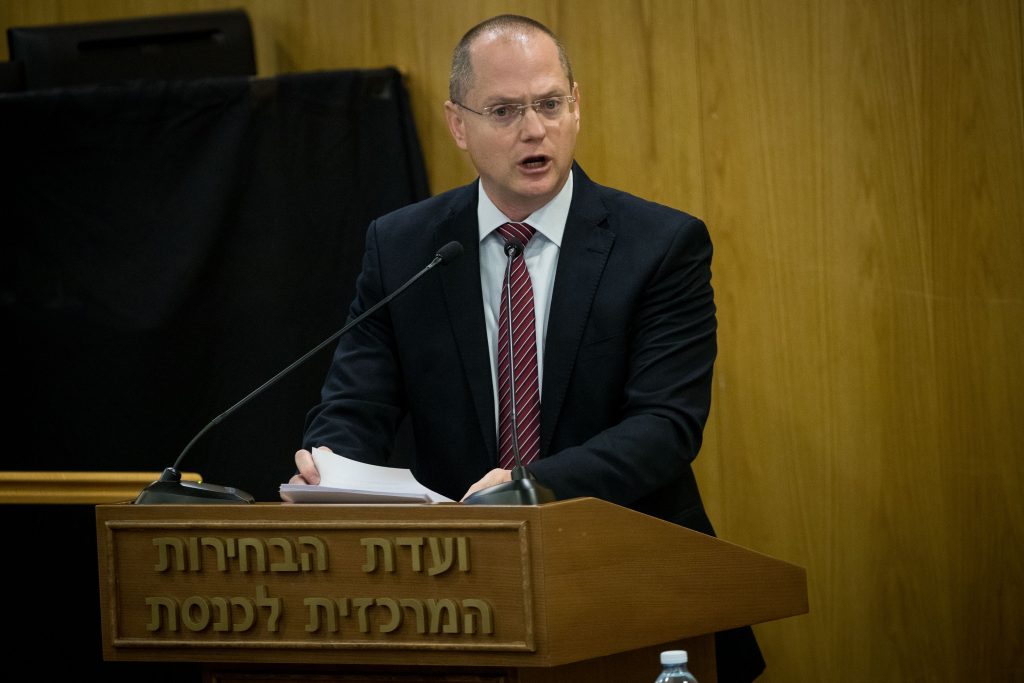 The 23rd Knesset began its first day of work on Monday with a ratcheting up of the confrontation between the Blue and White party versus Speaker Yuli Edelstein.

The party sent a letter to Edelstein notifying him of its intention to appeal to the High Court if he thwarts a vote on electing the next Knesset speaker. Edelstein, a senior Likud MK, has been targeted for replacement by Blue and White for weeks preparatory to taking control of the Knesset.

The letter charged that Edelstein “has no authority to stop the convening” of the Knesset currently demanded by “a majority of Knesset members,” and that his decision was motivated by a personal interest to remain speaker, which they alleged amounts to “a real conflict of interest.”

In a parallel development, Yisrael Beytenu submitted a bill to remove Prime Minister Netanyahu from office. The bill, supported by Blue and White, would enable a secret ballot during a transition period to oust a prime minister who has been indicted on criminal charges.

According to a report by Ynet, under the bill, the prime minister’s replacement would be chosen from the cabinet ministers who are members of his political party.

“Blue and White’s behavior is hindering the negotiations right from the get-go. It is malicious and irresponsible and comes during a national and international crisis,” referring to the coronavirus.

“Outwardly they are presenting a facade as if they are willing to form a unity government, and in practice they are promoting personal, anti-democratic and retroactive laws with the sole purpose of thwarting the will of over 2.5 million citizens,” the party added. “Such things aren’t even done in Iran or Turkey. That is not how you behave if you really want to achieve unity.”