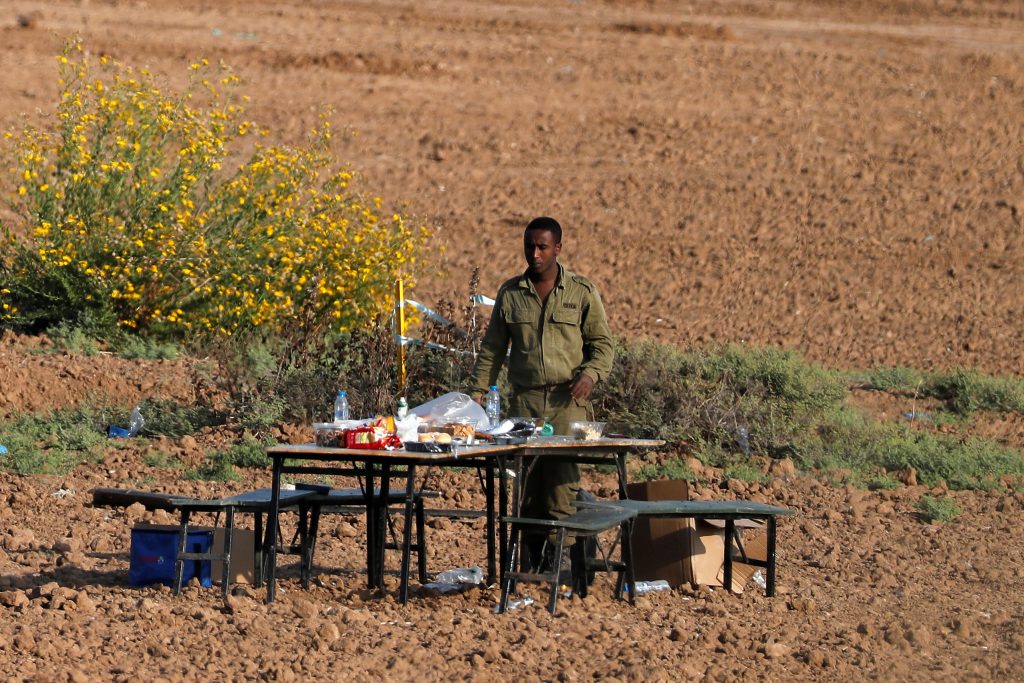 At least five IDF soldiers, including a general, have been diagnosed with coronavirus, and a total of 3,700 soldiers are in quarantine after coming into contact with victims of the disease. In order to prevent further infections and quarantine of soldiers, the IDF said Monday that soldiers on closed bases – where basic training and field work are conducted – will have to remain there for at least the next month.

It’s one of a number of steps the IDF has taken to prevent further spread of coronavirus. Calls for reserve soldiers have largely been suspended, except for medical and other essential personnel, and those who were supposed to report for duty will not have to do so until at least after Pesach. The IDF is still registering new soldiers at recruitment centers, but parents dropping off their children must leave immediately and are not allowed into the centers.

Orders have also been issued for soldiers to minimize contact with civilians, including those who work on open bases. The army is considering banning the entry of all civilians into bases where essential defense work is going on, Channel 20 reported.

While the IDF is working to ensure that it has the manpower needed to carry out all its missions, the army said Monday, there was a security-related silver lining in the coronavirus crisis: Because of the effects of the crisis on Israel’s enemies, there have been fewer attacks, attempted attacks, border breaches, and Iranian weapons transports to Syria in recent days. The terror groups, Kan News quoted IDF sources as saying, have been badly hampered by the virus, and are using their resources to preserve their personnel, hoping to survive the crisis so they can return to the battle against Israel, the report said.