National Top Health Expert: America Should Prepare to Hunker Down Even More as Coronavirus Spreads
National 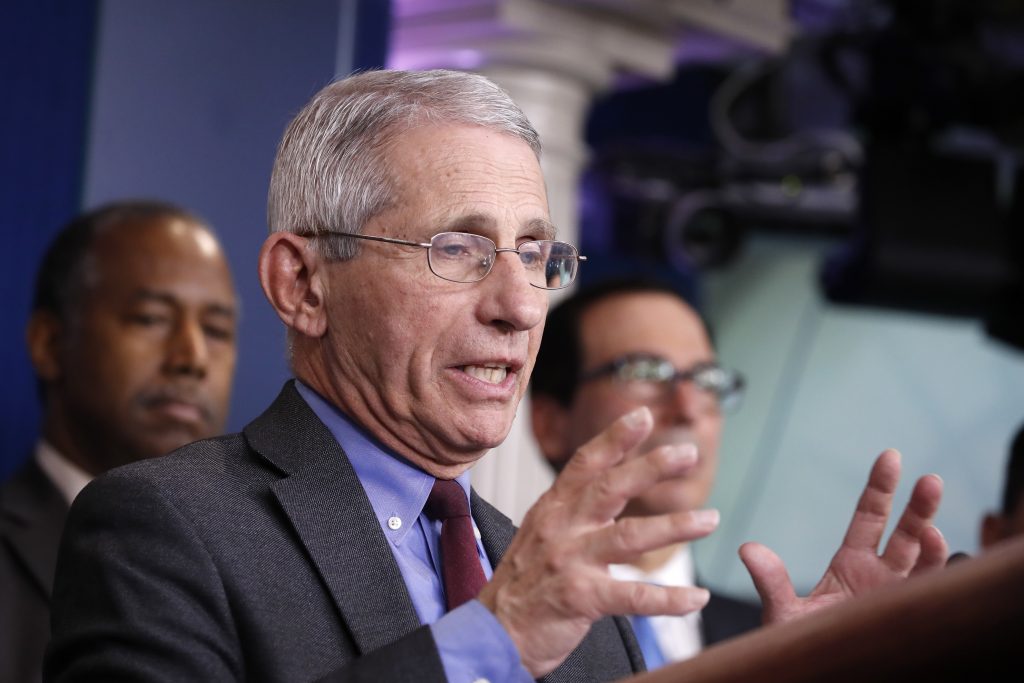 No more 24-hour shopping due to panic buying, chaos at airports as Americans flood back into the country and places of comfort may soon be off limits as the coronavirus spreads across the United States.

“I think Americans should be prepared that they are going to have to hunker down significantly more than we as a country are doing,” Dr. Anthony Fauci, the nation’s top infectious diseases expert, said on NBC. Elderly people and those with underlying conditions need to be especially cautious.

Fauci said he did not see domestic travel restrictions in the immediate future but warned, as he did last week, that the outbreak would get worse before it gets better.

Asked whether he thought U.S. authorities should impose a 14-day lockdown to try to stop the spread of the virus, Fauci said: “You know, I would prefer (that) as much as we possibly could. I think we should really be overly aggressive and get criticized for overreacting.”

With limited testing available, officials have recorded more than 2,200 cases and 58 deaths in the United States. The U.S. containment measures have so far been mild compared to the nationwide lockdowns imposed in Italy, France and Spain. The virus has infected more than 156,000 people in 142 countries, resulting in over, 5,800 deaths.

A few U.S. cities are taking steps similar to Europe.

The U.S. city of Hoboken, across the Hudson River from New York City, late on Saturday announced a 10 p.m. curfew beginning on Monday, and ordered restaurants only to conduct delivery and take-out services.

Speaking on ABC, Fauci acknowledged that the 13,000 respirators that were in the U.S. stockpile may not be enough if the number of cases in the United States jumped sharply. “What we’re trying to do is make sure they don’t get to the worst-case scenario.”

He said that no hospital system in the world is prepared for a massive increase in coronavirus cases but the United States has taken steps.

“We have a stockpile and we will hopefully be able to backfill and refill that stockpile,” he said. “But I think people should remember, that’s the reason why we want to blunt that curve. If you let the curve get up there, then the entire society is going to be hit.”

U.S. hospitals, gearing up for a large surge in patients, are worried that school closures will make it more difficult for doctors and nurses to work.

They are reaching out to temporary staff agencies and exploring other ways to maintain workforce levels.