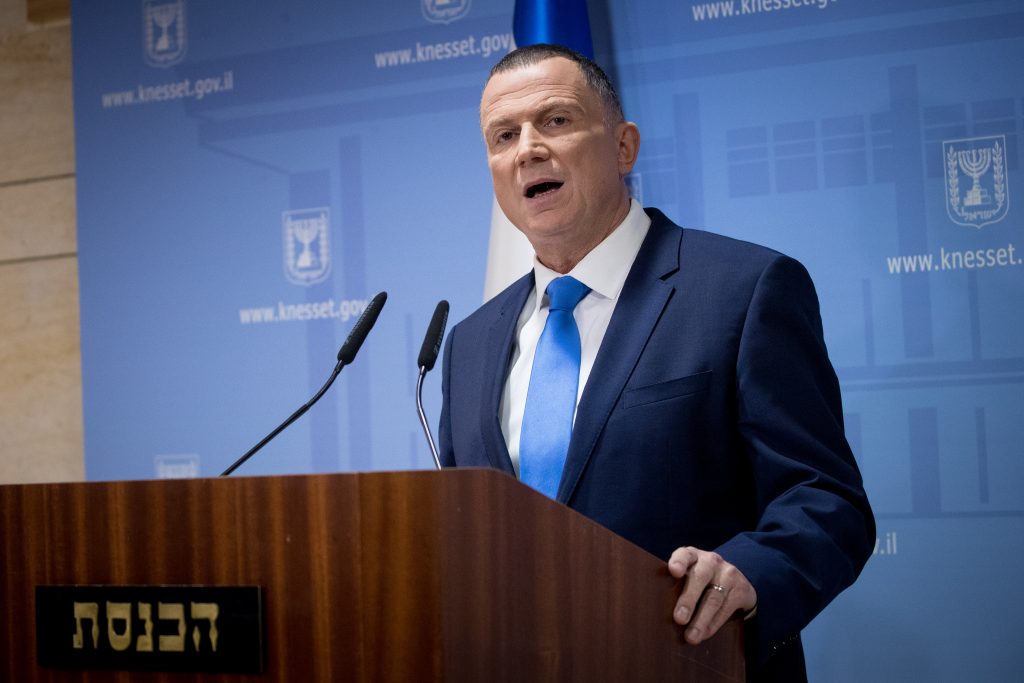 Knesset Speaker Yuli Edelstein continues to be caught in the middle of the bitter struggle between Israeli Prime Minister Binyamin Netanyahu‏‏’s Likud-led right-wing bloc and Blue and White leader Benny Gantz’s center-left bloc, as the latter renewed efforts to remove him from his post.

Following Avigdor Liberman’s recommendation of Gantz for prime minister, apparently giving him a narrow majority, Blue and White pushed for a plenum vote on a successor to Edelstein. Meir Cohen, a Blue and White MK, was reportedly their candidate.

Liberman supported the move, which initially was to take place on Monday, but has since been postponed, according to Arutz Sheva.

Edelstein, a Likud MK who has been thwarting Gantz’s moves against Netanyahu, resisted the call to replace him, saying on Sunday, “this is not the time for small-minded politics” which would impede efforts an emergency unity government to manage the coronavirus crisis.

Furthermore, Edelstein said, he intends to use his authority as the incumbent speaker to prevent a vote on his replacement.

“The time for petty politics is over. I won’t enable this unconventional step meant to clear the way for a power grab in the legislature,” he added.

The Blue and White sent a letter to Knesset legal adviser Eyal Yinon on Sunday night, asking his opinion on the legality of Edelstein’s obstructionism.

In a separate letter to Health Minister Rabbi Yaakov Litzman, Edelstein, Yinon, and Attorney General Avichai Mandelblit, Blue and White argued that the Knesset’s committees should be staffed and operational despite the coronavirus pandemic. To clear the way for that they asked the Health Ministry to exclude the Knesset from the ban imposed Motzei Shabbos on gatherings of more than 10 people to stem the coronavirus outbreak.

The swearing-in session of the new Knesset will reportedly be held on Monday, though MKs will be inducted in groups of three to reduce the danger of contagion.