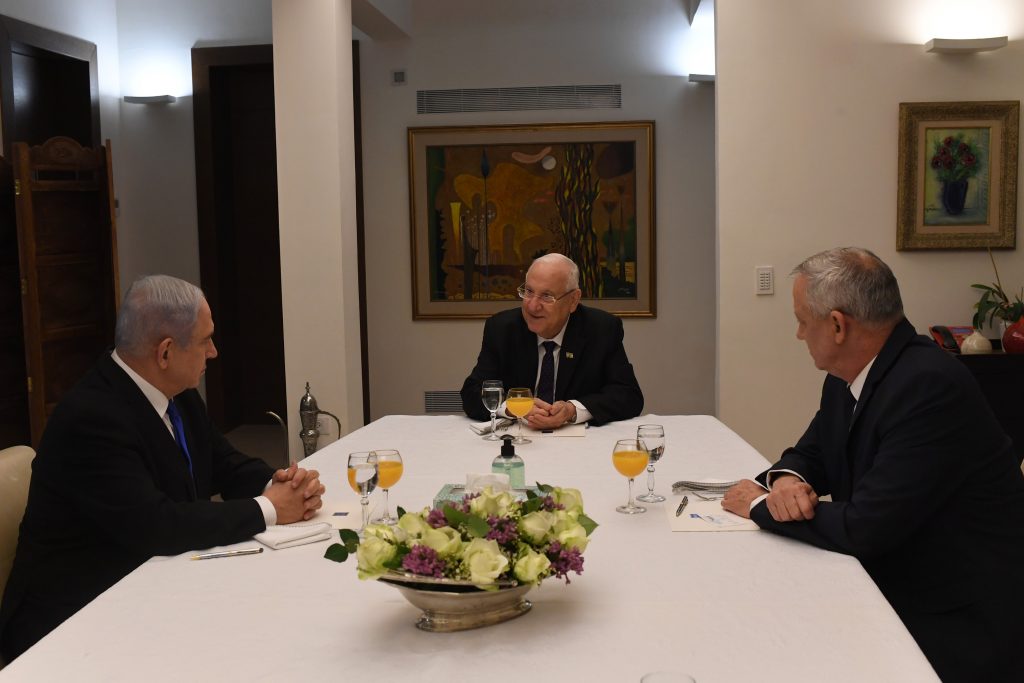 Israeli Prime Minister Binyamin Netanyahu‏‏ and Blue and White leader Benny Gantz met for an hour to discuss the prospects of an emergency unity government at the President’s Residence on Sunday evening.

After the meeting, there was no joint statement, no sign of any progress.

President Reuven Rivlin, who brought them together, urged that they intensify efforts to reach an agreement.

The meeting came just a few hours after Rivlin announced that he had decided to ask Gantz to be first to try forming a government, since he had received the recommendation of 61 Knesset members to Netanyahu’s 58, and one abstention.

Just prior to the meeting, the president bumped elbows with the two party leaders, a safe greeting amid coronavirus precautions. Gantz and Netanyahu refrained from bestowing even that greeting on each other.

The mood of the one-on-one was less than convivial, as they had argued even over the terms of a meeting, according to The Times of Israel.