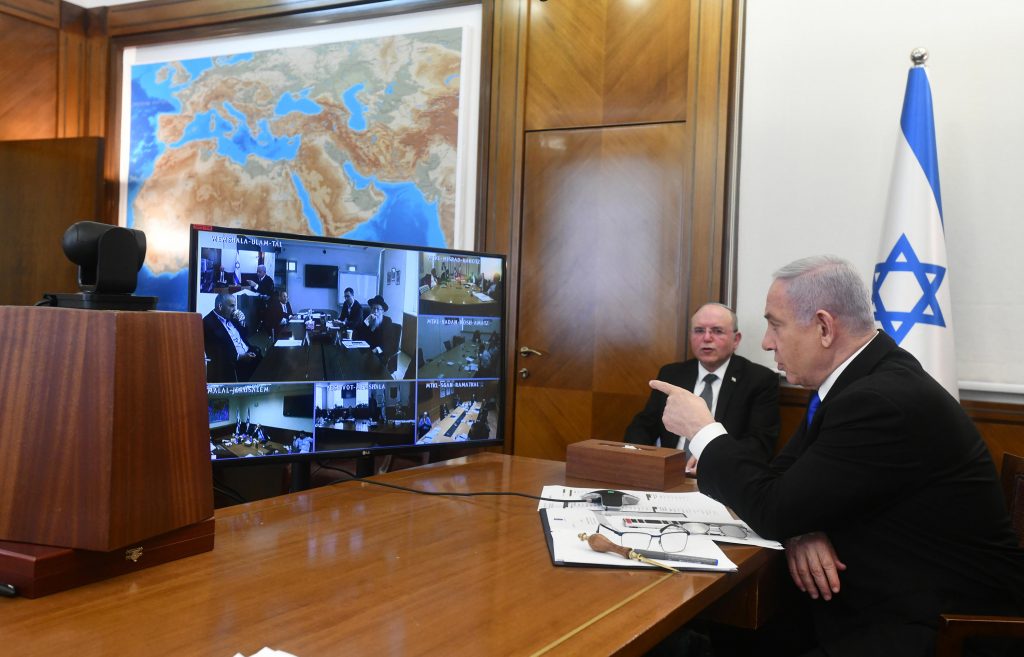 Prime Minister Binyamin Netanyahu’s office announced that he and his senior staff all tested negative for coronavirus on Sunday.

Netanyahu was asymptomatic before undergoing the test, which was also administered to officials working close to him, his office said in a statement.

“In accordance with directives from the Prime Minister’s Office deputy director general for security and emergencies, routine coronavirus tests are being carried out on those in close proximity to Prime Minister Benjamin Netanyahu, as well as on the prime minister himself; none of those being tested showed any prior symptoms,” the statement said.

Netanyahu was not the first world leader to undergo testing for the novel coronavirus.

The day before, U.S. President Donald Trump tested negative for the virus, officials said. Meanwhile, the White House began checking the temperature of anyone coming into close contact with the president and other officials.

The test was prompted after at least five Brazilians who traveled with Brazilian President Jair Bolsonaro held meetings with Trump during a recent visit, tested positive for COVID-19.

Bolsonaro’s own test came back negative.

Meanwhile in Canada, Prime Minister Justin Trudeau was quarantining himself at home after his wife tested positive

Spain’s government said that the wife of Prime Minister Pedro Sánchez had also tested positive for the coronavirus.