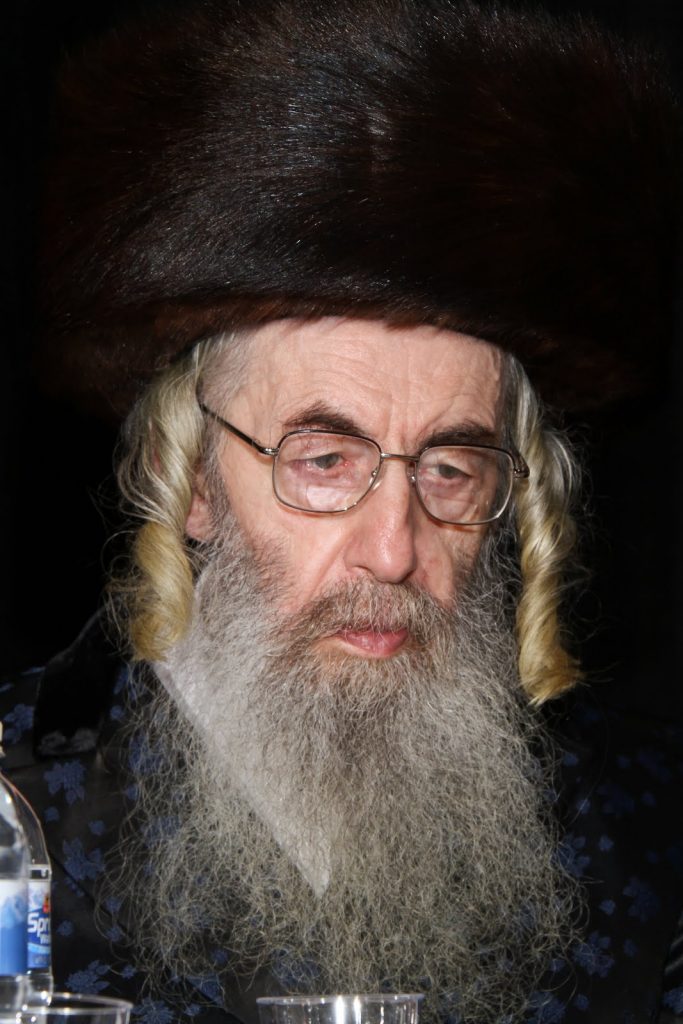 Harav Eliezer Eichler, zt”l, who served as Rav of the Boyan kehillah in America and one of the elder Rabbanim of Boro Park was niftar Sunday morning. He was 85 years old.

The picture of a Chassidishe talmid chacham steeped in the ideals of generations of tzaddikim of years gone by, Rav Eichler was one of the Klal’s most respected and beloved Rabbanim.

A marbitz Torah par excellence for over a half century, many of his talmidim have themselves gone on to become leaders of Klal Yisrael. In the more than 30 years that he served as Rav of the Boyaner kehillah, he won the hearts and deep respect of the community’s members with his refined middos, his deep dedication to limud haTorah and his sincere caring for the many Yidden who sought his wise counsel.

Young Eliezer grew up amid the kedushah and purity of the old generation of Yerushalmi Jews. He spent his early years learning in the famed “Masmidim” yeshivah – a beis medrash formed to preserve the spirit of Torah and yiras Shamayim amidst the upheaval that assailed Yerushalayim in the years surrounding the establishment of the State of Israel.

From a young age, Reb Eliezer’s great hasmadah, sharp mind, and tremendous ahavas haTorah were recognized by his Rebbeim as he gradually emerged as a budding talmid chacham. He would go on to study in the yeshivah led by the Tchibiner Rav, Harav Dov Berish Weidenfeld, zt”l.

Rav Eichler became one of the most dedicated talmidim of the Tchebiner Rav, absorbing his deep probing approach to limid haTorah. The respect was mutual, and when Rav Eichler was only 24 years old, his Rebbe asked him to serve as a baal tefillah in the yeshivah for the Yamim Nora’im. Uncomfortable with the offer, especially in light of his youth, Rav Eichler tried to demur, but his Rebbe insisted, saying that he would personally take responsibility for his performing the hallowed task at such a young age. For the rest of his life, Rav Eichler spoke with great reverence about the Tchibiner Rav remaining tightly bound to his Torah and tzidkus.

Rav Eichler married Chaya Cheshin, the daughter of Harav Zev Cheshin, zt”l, a noted Yerushalmi mekubal. The couple built a home filled with Torah and kedushah. Throughout his life, Rebbetzin Eichler tended to her husband’s every physical need, allowing him to dedicate himself to his own aliyah in Torah as well as to the needs of his talmidim.

While still in his 20s, Rav Eichler was chosen by Rav Yehoshua Brim, zt”l to serve as a maggid shiur in Yeshivas Rizhin in Yerushalayim, the mosad of Boyaner chassidus. There he became a Rebbe to generations of talmidim, teaching them to plumb the depths of sugyos haShas with his probing lomdishe approach.

His gadlus in Torah was matched by his tremendous dedication to his talmidim, making him an especially beloved Rebbe.

Several years after founding of Kiryas Tosh outside of Montreal in the 1960s, the Tosher Rebbe, Harav Meshulem Feish Lowy, zy”a, invited Rav Eichler to serve in the yeshivah he had founded in the town. There he continued his harbatzos haTorah with his signature dedication.

The power of his presence in the yeshivah was such that, on one occasion after completing a shidduch for one of his sons with a kallah in Eretz Yisrael, the Tosher Rebbe asked Rav Eichler not to travel overseas to attend the vort, fearing that his absence would disrupt the zman for his talmidim to too great a degree.

In 1988, as the Boyaner kehillah in America began to grow, the Boyaner Rebbe, shlita, asked Rav Eichler to move to Boro Park to assume leadership of the community there. Despite having been the Rebbe’s own maggid shiur in his younger years, Rav Eichler always conducted himself with his signature humility and subservience towards him, consulting with the Rebbe for guidance on important matters relating to the community.

Rav Eichler’s harbotzas haTorah expanded to the baalei baatim of Boyan, to whom he regularly delivered many shiurim. At the same time, he continued serving as a maggid shiur in the kehillah’s mosad, Yeshivah Tiferes Mordechai Shlomo.

In the decades during which he served as the kehillah’s Rav, he won the respect and love of Boyan’s chassidim, making himself easily available for she’eilos, advice, or a word of encouragement; exercising a unique ability to calm others in distress. In beis medrash he inspired mispallelim with his heartfelt tefillos, often serving as a baal tefillah on Yamim Tovim and special occasions. Those who were privileged to hear his tefillos recalled that one could sense Rav Eichler’s sincere bittul to his Creator.

His erudite drashos, often focused on strengthening limud haTorah and kvod Shamayaim, were well liked and attended by members of the kehillah and beyond.

In addition to his mastery of Shas and poskim, Rav Eichler was a treasure chest of sifrei drash and chassidus. When sitting together either at a Friday night “zitz” or at a kiddush, Yidden young and old would sit around him to hear his divrei Torah.

Perhaps more than anything else, Rav Eichler’s own hasmadah and dedication to Torah served as a model of inspiration for the kehillah. Those who passed by or came to his home, even late at night, nearly always remember finding him perched over a sefer fully absorbed in limud haTorah.

He once commented that “Chassidus is like butter, but the Torah is our bread.”

Rav Eichler had been ill and hospitalized for over a month. He was niftar early Sunday morning. The levayah was held later that afternoon, first at the Boyaner Beis Medrash in Boro Park and later at Boyan’s yeshivah. The aron was then flown to Eretz Yisrael for burial on Har Hamenuchos.