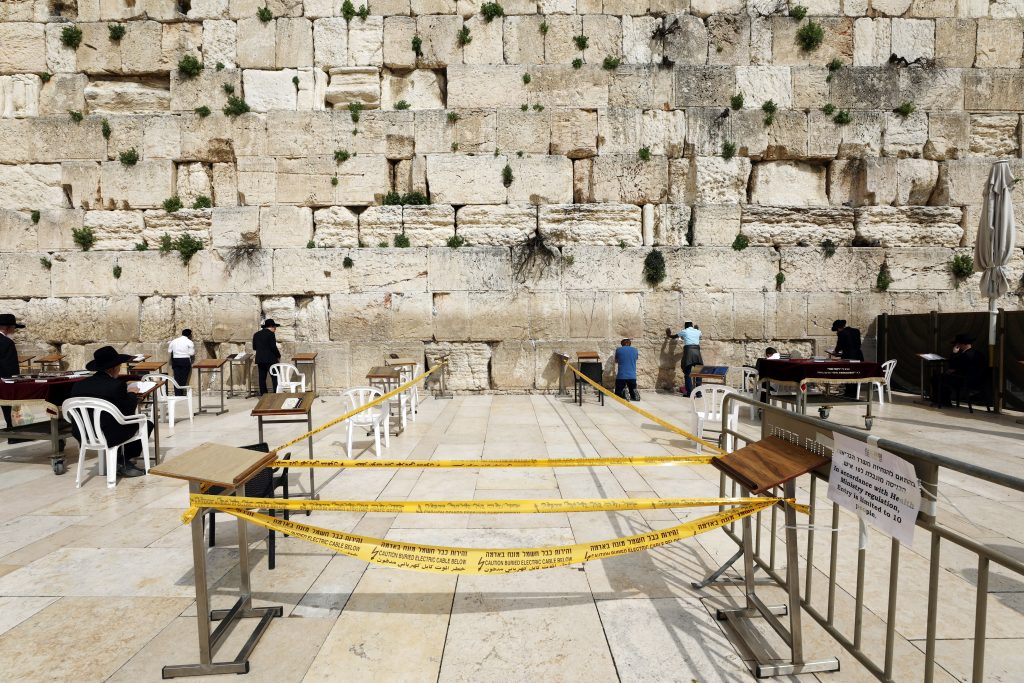 The Israeli government took the unprecedented step of authorizing the Shin Bet to conduct electronic surveillance of coronavirus carriers, to ensure that they comply with the quarantine rules.

The technology, used in anti-terrorism tracking, would be deployed to locate people who have been in contact with those carrying the virus.

The use of anti-terrorism tracking technology is fraught with privacy issues and the encroachment of government on the freedom of movement. But Israeli Prime Minister Binyamin Netanyahu‏‏ said on Sunday that the threat to life was such that extraordinary measures must be taken.

“In all my years as prime minister, I have avoided using these means among the civilian public, but there is no choice,” PM Netanyahu said, describing it as an “invisible enemy that must be located.”

Transportation Minister Betzalel Smotrich indicated in a tweet that the decision was not taken lightly:

“We in the government approved — following seven hours of consultations and deep professional discussions, and with many exceptions and structurally built-in protections — the mechanism to electronically block the spread of corona,”

“I can assure you all unequivocally: there isn’t and won’t be a ‘Big Brother’ in the State of Israel, even in the framework of an extreme event like what we are dealing with now,” he said.

Avner Pinchuk, a privacy expert with the Association for Civil Rights in Israel, told Reuters that such capabilities could include real-time tracking of infected persons’ mobile phones to spot quarantine breaches and backtracking through meta-data to figure out where they had been and who they had contacted.

“I am troubled by this announcement. I understand that we are in unique circumstances, but this seems potentially like over-reach. Much will depend on how intrusive the new measures are,” said Pinchuk.

The Shin Bet, however, said in its statement that quarantine enforcement was not on the table. “There is no intention of using said technologies for enforcement or tracking in the context of isolation guidelines,” it said, leaving unclear precisely what type of technology has been approved.

Meanwhile, the number of coronavirus cases in Israel rose to 213 as of Sunday, the Health Ministry said.

Two people are reportedly in serious condition, 167 coronavirus patients are currently recovering in hospital, while some 33 are being treated at home in isolation and several have recovered. 18 medical workers have tested positive for the virus.

Israel’s Defense Minister, Naftali Bennett, signed an order on Sunday morning authorizing the IDF to call up 2,000 reserve personnel for the Homefront Command to help in the fight against the coronavirus.

During the day, the army announced a postponement of pre-induction physical and mental exams until a later date, due to the coronavirus.

But even as the crisis worsened, 24 new immigrants to Israel were set to arrive on Thursday from the United States—and immediately enter a 14-day home quarantine, Nefesh B’Nefesh confirmed to Haaretz.

The Jewish Agency said in a statement that immigration to Israel is continuing on a “controlled and limited scale.”