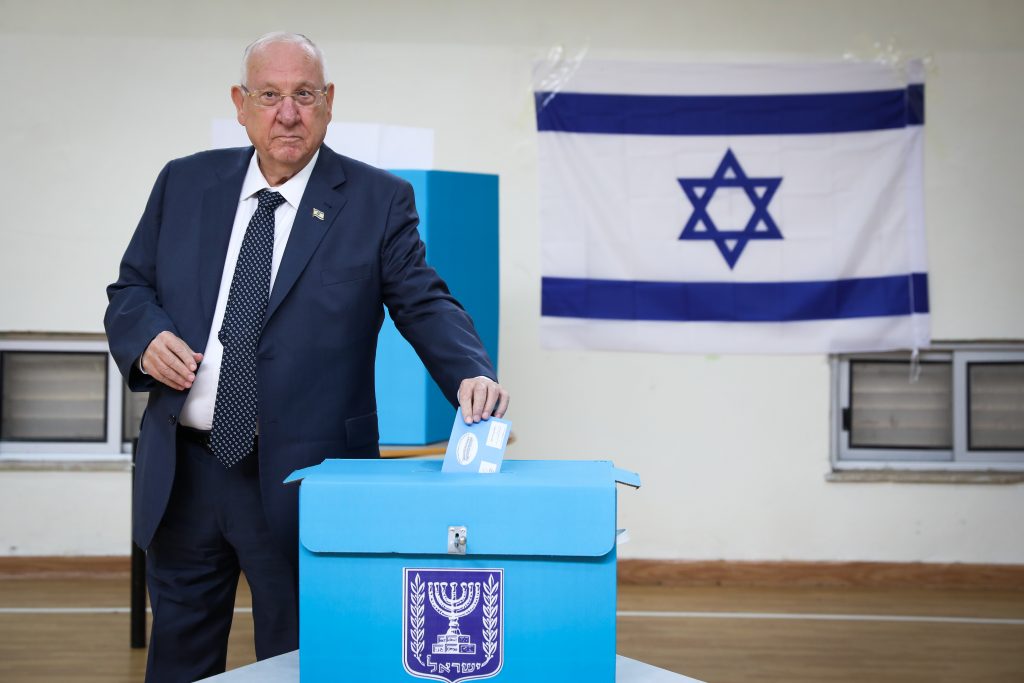 A total 61 MKs recommended Benny Gantz of the Blue and White Party as their candidate to form the next government to President Reuven Rivlin on Sunday.

He told the president that he would support a national emergency government, “because Israel is in an a state of emergency.”

Earlier, all 15 MKs of the Arab List recommended Gantz. After the September election, the extremist Balad faction withdrew their support for Gantz; this time they supported him.

While this should leave Rivlin with no choice but passing the mandate to Gantz, he called for a meeting later Sunday with both Gantz and Netanyahu.

Rivlin said, “The mathematics is clear, but so is Liberman’s call for unity message, so I will meet with Gantz and Netanyahu before I cast the mandate.”

Should Gantz receive the mandate to form a government, he would likely seek to form a minority government which would be dependent on the support of the Joint Arab List, albeit from outside of the coalition.