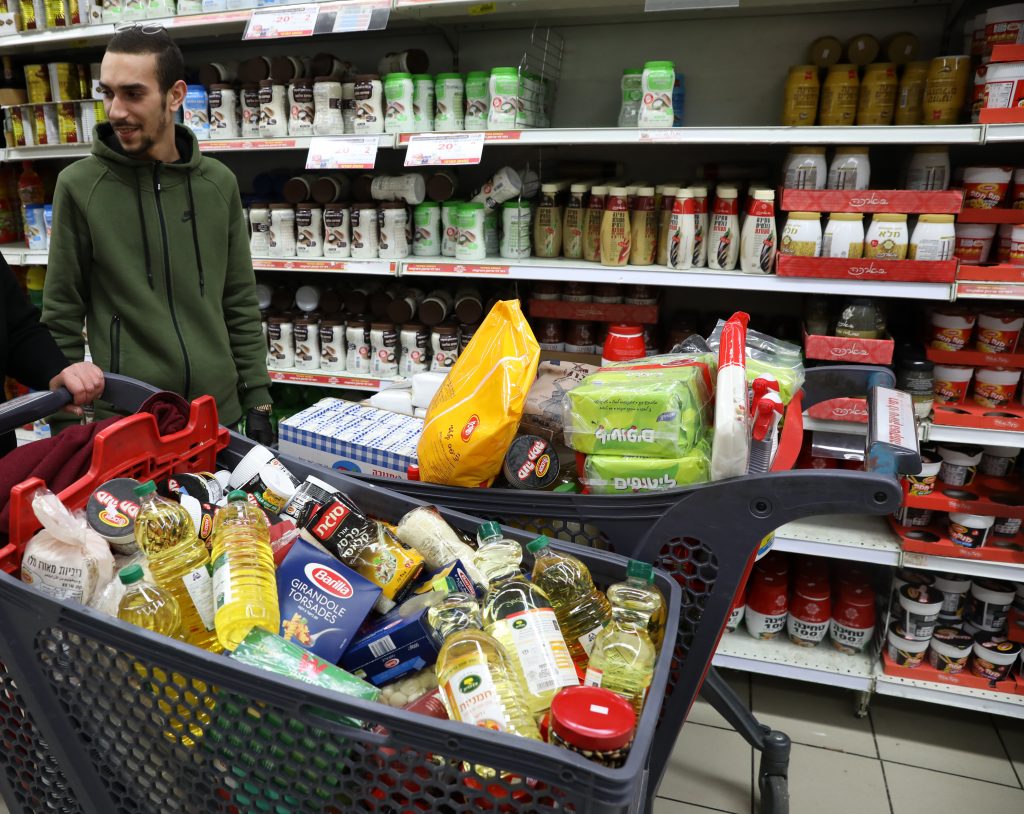 The number of confirmed coronavirus cases in Israel rose to 126 Friday morning, the Health Ministry announced.

Two of the patients are listed in serious condition and five are defined as moderate, the ministry said. Among those who have tested positive for the virus is a six-month-old baby.

The mounting cases have led ministry officials to estimate that thousands of Israelis could already be infected with the virus, without being diagnosed.

The ministry has also said that 949 doctors in Israel are currently in quarantine, which will presumably take its toll on the health system.

Meanwhile, the nation’s schools and universities were closed as of Friday morning until further notice, after Prime Minister Binyamin Netanyahu called on the public to “refrain as much as possible from gatherings in general.”

Schools who continue their regular routine, contrary to the prime minister’s directives, can expect to find themselves in trouble with both the Ministry of Health and Education, who will send inspectors to check whether the institutions are adhering to the instructions on the school’s activities.

Shuls throughout Israel are limiting attendance to 100 people over Shabbos, as per Health Ministry instructions, with some shuls and batei medrash that have larger crowds on a regular basis splitting up the mispallelim to several locations or several minyanim to avoid crowding.

As per Health Ministry directives announced Wednesday, a strict limit of 100 people at any event was ordered. The order applies to weddings, bar mitzvahs and levayos, and covers “both closed and open spaces,” according to the Health Ministry.

Some 100 hotels throughout Israel were closing to visitors, according to media reports Thursday. Another 100 hotels were expected to close on Sunday.

At a press conference Thursday, Netanyahu called the pandemic “a global event unlike anything” the country had seen. He warned that “the potential number of deaths is very high and we must take action to prevent that.”

He said Israel’s efforts were focused on slowing the spread of the virus so that it doesn’t cause masses of ill people to require medical attention at the same time and overwhelm the health care system.

Speaking at the press conference, Health Minister Rabbi Yaakov Litzman said his ministry was aiming to greatly expand the number of Israelis tested every day for COVID-19, from the current 600 to 2,000 and more.

To curb the spread of the virus in the country, all Israelis returning from any destination overseas are required to self-quarantine for 14 days.

The quarantine measures in Israel are among the most dramatic to be introduced by any nation in the ongoing battle against the coronavirus.