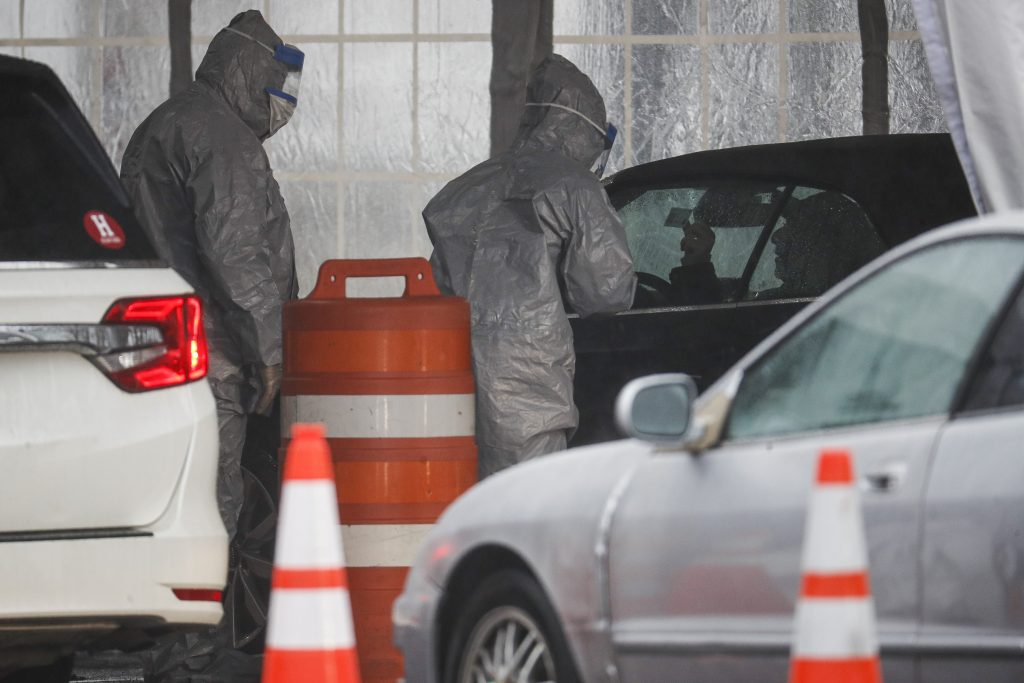 The six-lane testing center will initially handle 200 people a day, with priority given to residents of New Rochelle, which has been at the center of a cluster of virus cases. Cuomo said allowing people to be tested from their cars is safer and faster.

“We do have a crisis in testing,” Cuomo said during a visit to the center. “We’re not up to scale.”

New York has 325 confirmed cases of COVID-19, the disease caused by the virus, with 148 of them in New Rochelle and Westchester County.

Complaints about a logjam in testing have grown louder as the outbreak spreads. Cuomo has blamed the federal government and lobbied for approval to conduct tests in state and private labs.

Cuomo said the drive-through facility  will test up to 200 people Friday and up to 500 people per day in the coming days. New Rochelle residents should call 888-364-3065 to make an appointment at the center.

New York so far has tested more than 3,200 people.

The state also is partnering with New Jersey-based BioReference Laboratories to run an additional 5,000 tests per day.

The governor said the state will have the capacity to conduct about 6,000 tests a day as early as next week.