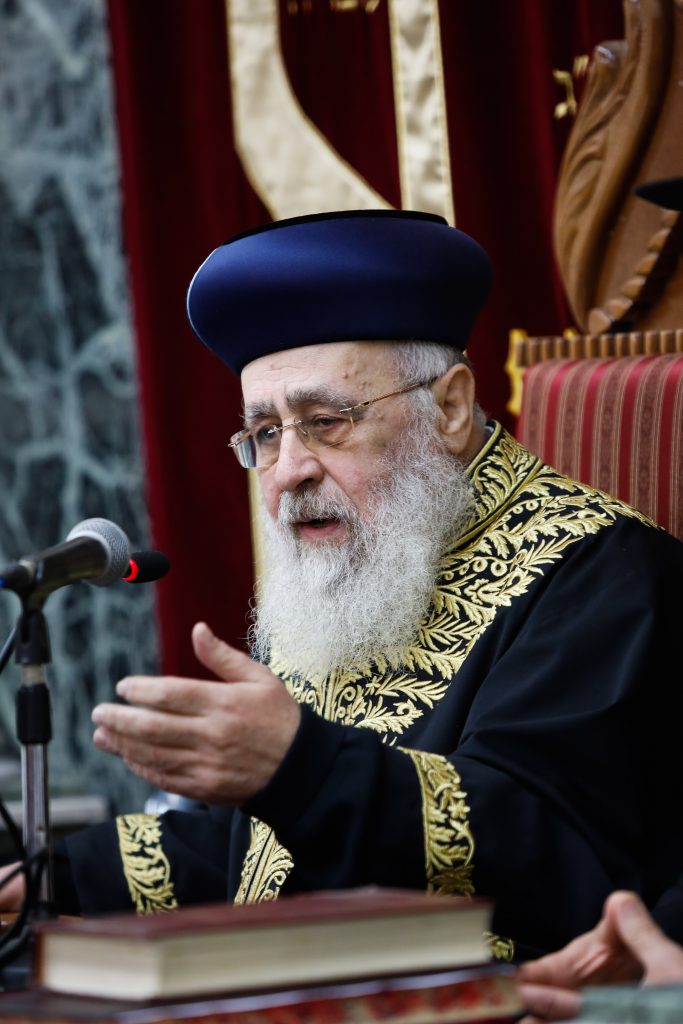 Rishon Lezion Rabbi Yitzchak Yosef has called on the public to avoid large groups at the Kosel, in light of the Health Ministry ban on gatherings of over 100 people in the coronavirus pandemic.

On Thursday, the Ministry revised its order of the night before, which applied to closed areas, and said that the 100-person limit would cover open areas as well.

The Ministry said the limit on public gatherings will take effect on Thursday night. It applies to minyanim, chasunahs and other mitzvah gatherings as well.

It was not immediately known what the impact will be on Muslim prayers Friday at Har Habyis.

Earlier in the day, health officials reported that the number of confirmed cases of the virus in Israel reached 109.

Five of the patients are in moderate condition and two are in serious condition.

Among those who have tested positive for the virus is a 1.5-year-old baby, according to the ministry.