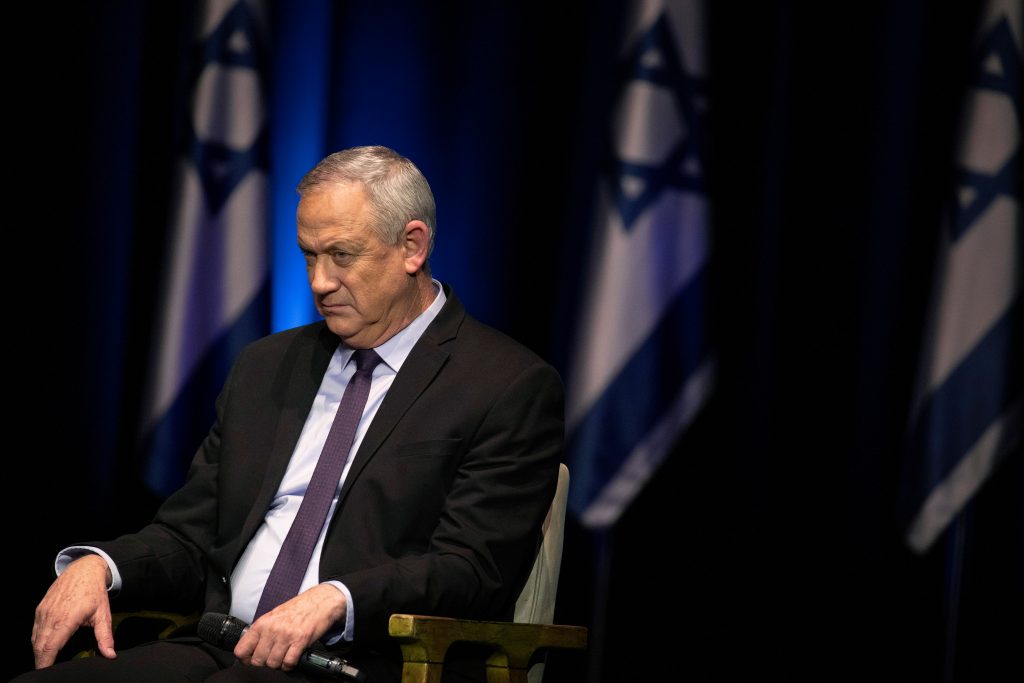 Police have stationed extra security around the home of Gesher head Orly Levy-Abukasis because of threats to her life, apparently by leftists, over the announcement that her faction would not support Benny Gantz’s plan to get himself appointed prime minister using the Knesset votes of the Arab List MKs.

Abukasis said she has been getting threats against herself and her family over the past day, with dozens of anonymous individuals threatening her with injury and even death. Police said they are investigating the threats. She filed a complaint with Knesset officials, listing details of some of the threats.

In a dramatic announcement Tuesday night, Levy-Abukasis wrote that “in light of recent political developments, where we see leaders violating basic norms and promises, some issues must be clarified. We are all witness to the embarrassing pursuit of a deal with elements by people who had promised to act honestly and responsibly, in which they are ready to pay any price to establish a minority government. It is even more shocking that major decisions, like negotiations with the United Arab List and its Balad component, are being made by a small group,” the “cockpit” leadership of Blue and White.

“This does not obligate me. I will not support a government that relies on Balad and the United Arab List, and I do not see myself as obligated any longer to a deal with Meretz, that was forced on me and on my partner, Amir Peretz, by individuals in Blue and White. I said this before the election and I say it now, and I clarified this to Peretz right after the election.”

The left responded vociferously to the announcement, with Meretz MK Zehava Gal-on, among others, saying that Levy-Abukasis was “a thief who got herself into the Knesset on the backs of the left.” But sources close to the MK told Channel 12 that this should have been expected. “Everyone knew that there was a wide gap between the outlook of Levy-Abukasis and that of Meretz on security issues. She is and always has been opposed to the idea of a government relying on the votes of Arab MKs to exist, and many members of Blue and White and even Labor agree with her.

“She said this clearly before the elections as well,” the sources said, “so there is no issue of ‘stealing’ the seats. It was Labor head Amir Peretz and Blue and White officials who came up with the idea of stuffing her party together with far-left Meretz. She made it clear to all who would listen that she disagreed with Meretz’s outlook on an Arab-supported government, and in fact Gantz himself promised dozens of times that this would not happen. Anyone who has any complaints should bring them to Gantz, not to Orly.”