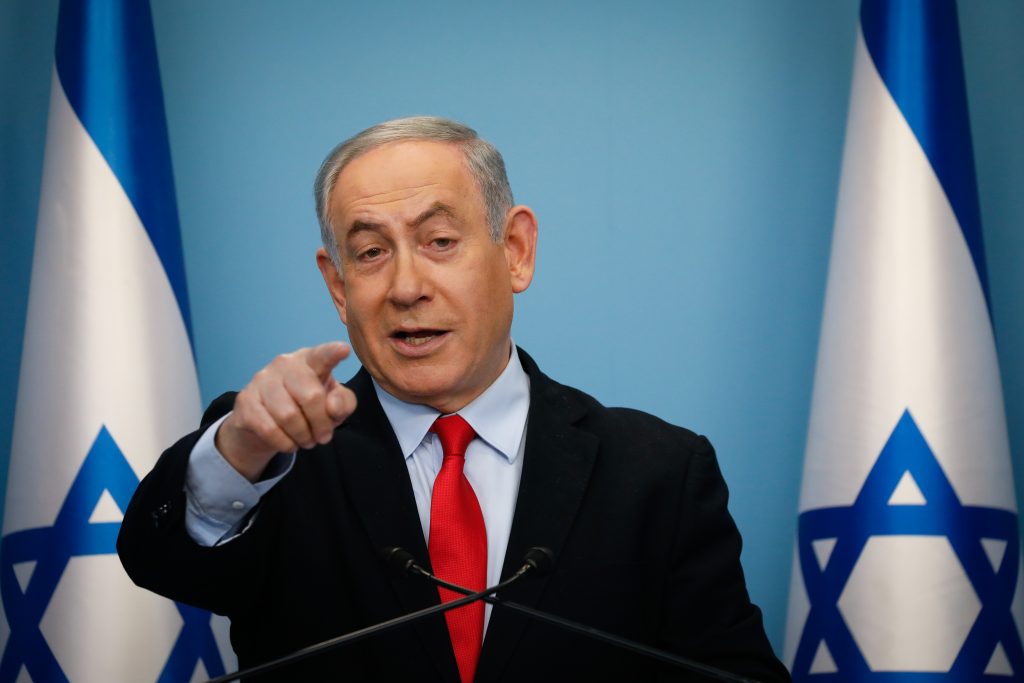 Citing the grave danger to the nation posed by the coronavirus pandemic, Israeli Prime Minister Binyamin Netanyahu‏‏ urged opposition leaders on Thursday to put politics aside and form a unity government to address the crisis.

Netanyahu said that such a government, with enhanced powers and the backing of the people, could save thousands of lives, necessitating its immediate formation.

Accordingly, after his live broadcast to the nation in which he announced school closures and warned of “large numbers” of fatalities, he invited Blue and White leader Benny Gantz to meet with him as early as Thursday night.

Gantz and his senior MKs subsequently met to decide how to respond to Netanyahu’s invitation.

Earlier in the day, after similar calls from Yamina chairman Naftali Bennett and Shas head Rabbi Aryeh Deri, the response from Blue and White had not been encouraging. Gantz spoke in generalities, and Yair Lapid, his No. 2, again ruled out any alliance with Netanyahu, even for this purpose.

The phrase “representation of all parts of the house” was interpreted by Netanyahu’s right-wing allies as a hint that Gantz would insist on bringing the Joint Arab List into the emergency government, an idea that would be unacceptable to them.

Transportation Minister Betzalel Smotrich of the Yamina party dismissed the idea, and said: “Gantz, stop with your juvenile politicking.”

Minister of Culture Miri Regev (Likud) issued a similar rebuke: “Gantz, show some leadership and national responsibility. Enter a government without the backing of supporters of terror. Leaders are tested at moments like these when a war is being waged over the health of Israeli citizens. Be on the right side of history with a stable governement ready to face the challenges ahead.”

“Unite now, fight later,” Bennett said at a Tel Aviv press conference in which he proposed passing a bill to freeze the current political situation for six months.

Rabbi Deri told Army Radio “there is no other way of dealing with this challenge other than a large emergency government with a wide national consensus, and we must do that, because there unfortunately is no other government. Otherwise, it is going to another election, which would be crazy in our situation.”