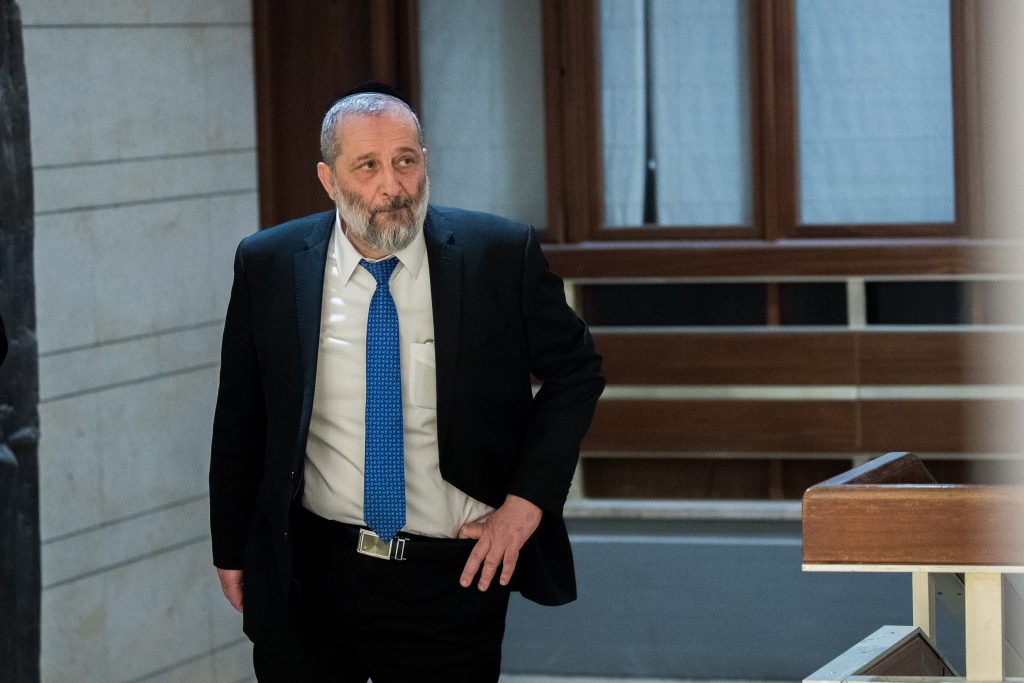 Israel’s Interior Minister Rabbi Aryeh Deri called on Thursday for the establishment of a national emergency government to fight the coronavirus, and stressed that to do so would mean putting politics aside.

“A national emergency government must be set up because of the coronavirus. I warn Blue and White not to play games; if the Knesset Chairman is replaced and laws against Netanyahu are passed, it’ll be impossible to talk about a unity government,” Rabbi Deri said on Army Radio.

Speaking of tactics to combat the pandemic, he urged that “South Korea’s model of mass testing must be adopted by Israel. We’re preparing to create areas where we’ll conduct public checks. We’ll import kits as there are in South Korea and Europe.”

The response from the center-left was not encouraging. Refusing to put politics aside, Blue and White No. 2 Yair Lapid rejected the proposal outright:

“In the middle of the crisis, Netanyahu is the one dealing with small politics,” Lapid said. “He has no interest in a unity government. He has decided to go to fourth elections.”

Lapid admitted that the situation does require “a wide government to deal with this crisis” but that “the person who needs to lead it is someone who is not starting a trial next week.”

By contrast, Blue and White No. 1 Benny Gantz struck a pose of patriotic cooperation. While commending the Health Ministry’s handling of the crisis, he said more is needed:

“The corona[virus] crisis in the State of Israel is only just beginning,” he wrote in an online post. “Let me be clear: I, along with the rest of Blue and White, will support every appropriate measure to help the country contend with this crisis and get out of it as quickly as possible, while saving lives and limiting the damage to the Israeli economy and the Israeli people.”

Meretz chairman MK Nitzan Horowitz said that “coronavirus doesn’t grant immunity from politics and law. It’s just an excuse for the wanton man who’s dragging the State down. With him, unity cannot be made.”

Meanwhile, Yisrael Beytenu leader Avigdor Liberman came out in support of a unity government in light of the health crisis, according to Channel 12.

“The situation is complex, and we hope that on Sunday a new Knesset will begin to work in full,” Liberman said. “We believe this would be best accomplished with a national unity government. In any case, it is clear to us that we must not go for new elections.”

He did not say that he was relenting on his position of not joining a Netanyahu-led coalition, though he advocated a Likud and Blue and White alliance of 68 MKs with other parties supporting the government from the outside at first. At a later stage, other parties would be invited to join the government.

Yisrael Beytenu MK Yevgeny Suva explained to the Knesset channel: “We are heading towards a kind of recession, an economic crisis – and this crisis requires a rethinking: thinking of a unity government.”