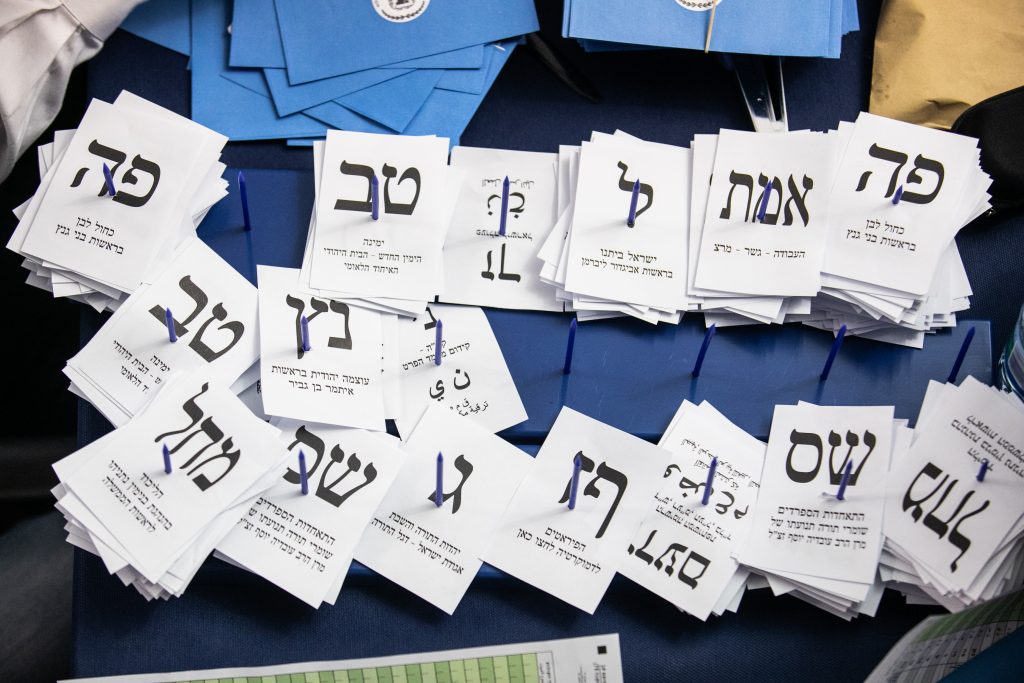 The State of Israel has just concluded a very emotional election for the third time in a year. The way it looks now, there is no easy solution, and people are already voicing predictions about fourth elections — after which perhaps we can predict a fifth or a sixth election. Israel — the enlightened, advanced country — is imitating backward Spain, and cannot seem to reach a solution. No one seems ready to stop the madness, either on the left or on the right.

Actually, it is the method that is flawed. The elections system in Israel is relatively national, meaning the entire country is one electoral district and all 120 Knesset members are chosen in one district. There is no division into regions, like there is in almost every other democracy, where voters feel they are voting for one of their own.

That, in a nutshell, is the basis of the theory, but it is largely characterized by the fact that it is hollow; the candidates do not need to offer anything beyond empty promises.

There does not seem to be any other Western democracy that outshines Israel with regard to empty promises. At the founding of the state, the citizens were promised a constitution within half a year. It hasn’t happened to this day. All the state’s basic laws were enacted at a languid pace over the years, patch upon patch upon patch. They were not even always synchronized with the parties’ electoral platforms. This method of “no method” is the primary cause of the political instability and erosion of democracy that Israel has been experiencing this past year.

On the eve of the 2015 elections, Prime Minister Binyamin Netanyahu gave an interview, and addressed the absurd: “In the state’s 66-year history, we have had 36 governments; so, on average, a government changes every two years. Will we meet again in two years for elections? I suggest,” Netanyahu continued, “that this election, you should vote for the largest party, and for the next election, I will promote a law that the largest party should form the government.”

Indeed, in the opinion of Dr. Assaf Shapiro from the Israeli Institute for Democracy, the problem in Israel hinges on the weakness of the large parties, who are weaker today than they were in the past, and weaker than other countries. He says that the large parties need to be strengthened; we need a less-splintered Knesset with larger, stronger parties, which will make it easier to form a government. No less important, it will be easier afterward to control the Knesset and the government.

If the founders of Israel had adopted the regional representation method that is used in Britain, things would be different. Elections would be more genuine and more in touch with the voters. But in the state’s early years, there was no logic to doing such a thing, nor was there a desire. That was because establishing voting districts in the new country was impossible. Immigrants came en masse, transit camps were built, and residents were moved from place to place, making districts largely insignificant. In addition, it didn’t pay to do it. The Mapai preferred this method, which helped them to become the default choice for rulership.

Looking over at the beacon of democracy in the world, the United States, the method isn’t the most honest there, either. Twice in the last two decades, the president who won the election actually lost the popular vote by huge numbers. The electoral college and the makeup of the Senate immortalizes the age-old fear that the states have of the power of the federal government.

In contrast, what is Israel already perpetuating here aside from the distortions of the Mapai, whose entire DNA was to get to power? Now, the Likud is sitting in the Mapai slot, and its primary inheritance from the founding party is these negative distortions.

So while Netanyahu really wants, on the eve of elections, to change the method to match the way it is done in other places, it is likely that only a political earthquake will generate any interest in changing the election method.

Meanwhile, Netanyahu appears busier trying to survive than dealing with governance. If you will, this test of survival is the real test in the Middle East.