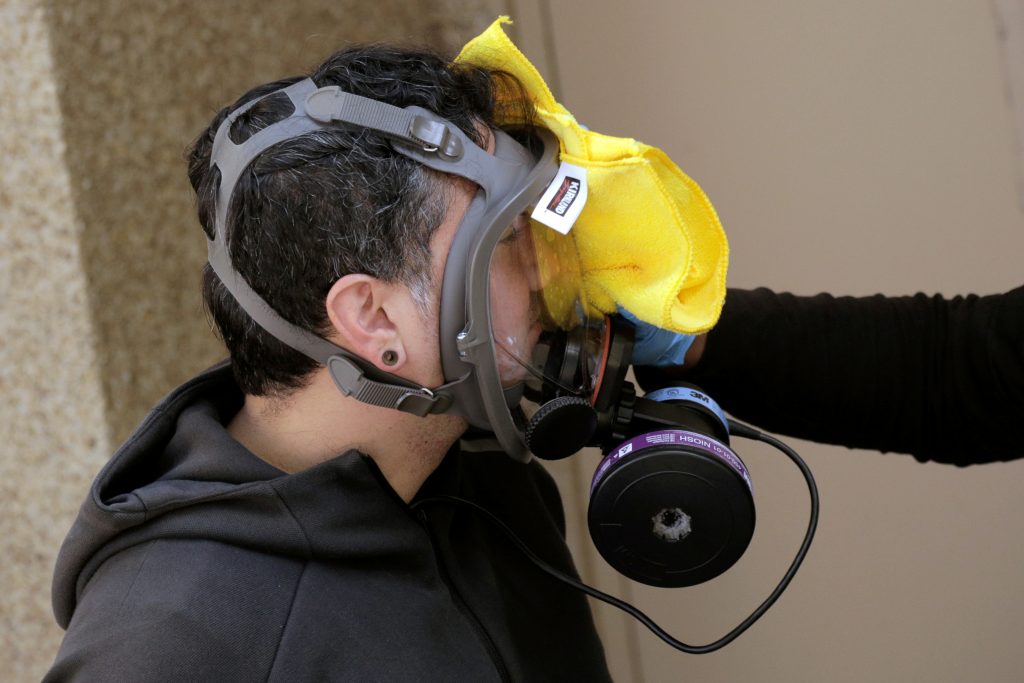 Workers lost their jobs, parents came up with impromptu home lesson plans for children kept home from shuttered schools. People fretted over dwindling retirement accounts, the health of elderly parents, and every cough and sneeze in their midst.

Millions of people settled into new and disrupted routines Thursday as the new coronavirus began to uproot almost every facet of American life.

The spate of event cancellations that drove home the gravity of the outbreak a day earlier only intensified Thursday, with shutting down theme parks. All the major professional sports teams announced they are halting play, and officials ordered a shutdown of every school in the state of Ohio for three weeks.

And with the cascade of closures, a new reality set in for American households.

In the Pacific Northwest, parents scrambled to devise homeschooling using library books. Others, desperate to get to work, jumped on social media boards to seek child care or exchange tips about available babysitters.

Parents rushed to college campuses and drove away with their children’s belongings and bags of their clothing. College officials scrambled to pay for plane tickets home for others.

A mother in Seattle organized small outdoor play dates where the kids are told not to get too close to one another. The parents stood awkwardly, several feet apart.

In Las Vegas, where so much of the economy is wedded to big crowds from concerts, tournaments, conventions and tourists, many suddenly found themselves out of work.

More than 1,300 people have tested positive for coronavirus in the United States, and 38 people have died as of Thursday evening. About 128,000 people have been infected globally.

For most people, the new coronavirus causes only mild or moderate symptoms, such as fever and cough. For some, especially older adults and people with existing health problems, it can cause more severe illness, including pneumonia. The vast majority of people recover from the new virus.

In every state, officials were taking dramatic new measures each day to keep the virus from spreading deeper into the country. And with each shuttered school, canceled outing, lost shift and work-from-home directive, people’s lives were being transformed in profound ways.

Mom Natasja Billiau came up with a quick homeschooling plan for 8-year-old Victor and 5-year-old Anna Laura after their public school in Seattle closed for the first full day Thursday. They kept as close to their regular school schedule as possible, she said, with recess times and lunch built in.

Billiau’s husband has been working from home since last week, and the family is moving to a new house in two weeks. Billiau, a stay-at-home mom, had hoped to use this time to pack but instead finds herself helping her kids with reading, math and science.

She went forward with play dates, but everyone kept apart at a safe distance.

“And of course, as soon as we get home everybody has to wash hands,” she said.

Despite the scrambling and closures, for many people, life continued as usual. Hours after Brown University in Providence, Rhode Island, announced it was sending students home and would complete the semester online, customers stood in a busy line and ate lunch elbow-to-elbow at a crowded taqueria not far from campus. Many were working to see the upside of hunkering down and “social distancing,” swapping recommendations for good books.

Students at the University of Maryland in College Park are heading off to spring break this week and won’t be returning to campus for nearly a month, if not longer, while classes move online. On Thursday, students were packing up their belongings on a campus that was noticeably emptier than it had been earlier in the week.

Signs posted on the front doors of the University of Maryland’s journalism school said, “If you are sick, please go home.”

Mike Davis, 60, drove over from Annapolis, Maryland, to help his son Nick, a 22-year-old senior, pack up his stuff. Davis said the school’s decision to keep students off campus for several weeks make sense. Besides, he was looking forward to having his son around the house.

“I’ve got three bags of mulch ready for him to spread,” he said with a smile.

Bella Chilcoat, a 19-year-old freshman, was eager to visit her grandparents in Rehoboth Beach, Delaware, after a week dominated by conversations about coronavirus.

“Everybody is just going crazy, and it seems unnecessary,” she said.