Israel No School Closings, No Shaking Hands Either
Israel 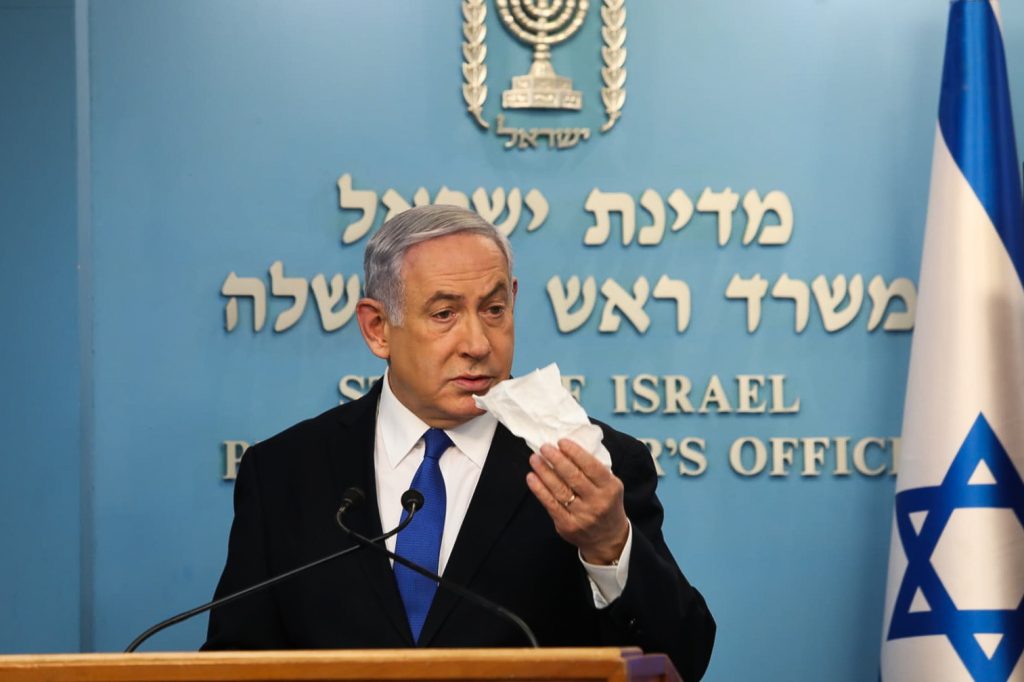 Israel will not currently close its school system due to the coronavirus, a measure which has been under consideration in recent days, although public gatherings of over a hundred people will be banned, after the limit had been set at 2,000 just the day before.

At a press conference on Wednesday evening, Prime Minister Binyamin Netanyahu‏‏ said that while Israel is still weathering the crisis better than some other countries, he urged people to “change your day-to-day routine.

“We’re in a pandemic,” he stated, a short time after the World Health Organization declared it officially a pandemic. The designation has little practical consequence, however, except to impress upon the world that the disease is global and serious steps must be taken to combat it.

Netanyahu stressed younger people are not in danger from the virus, but older people are:

“But if we can’t prevent the spread, we’ll infect the older people — and they’re in much greater danger… I’m talking about their lives…We have to look after dad and grandpa and grandma.”

“With G-d’s help and everybody’s cooperation, we’ll beat this,” he concluded.

The number of Israelis diagnosed with coronavirus climbed to 82 as of Wednesday evening, according to Health Ministry figures. About 31,000 people are currently under home quarantine.

A senior official at the Ministry was quoted by The Jerusalem Post as saying that so far 1,500 medical personnel have been placed under quarantine.

B’chasdei shamayim, there have been no fatalities so far.

Magen David Adom announced that 200 lines have been added to the 101 emergency number, which has been inundated with queries about the epidemic.