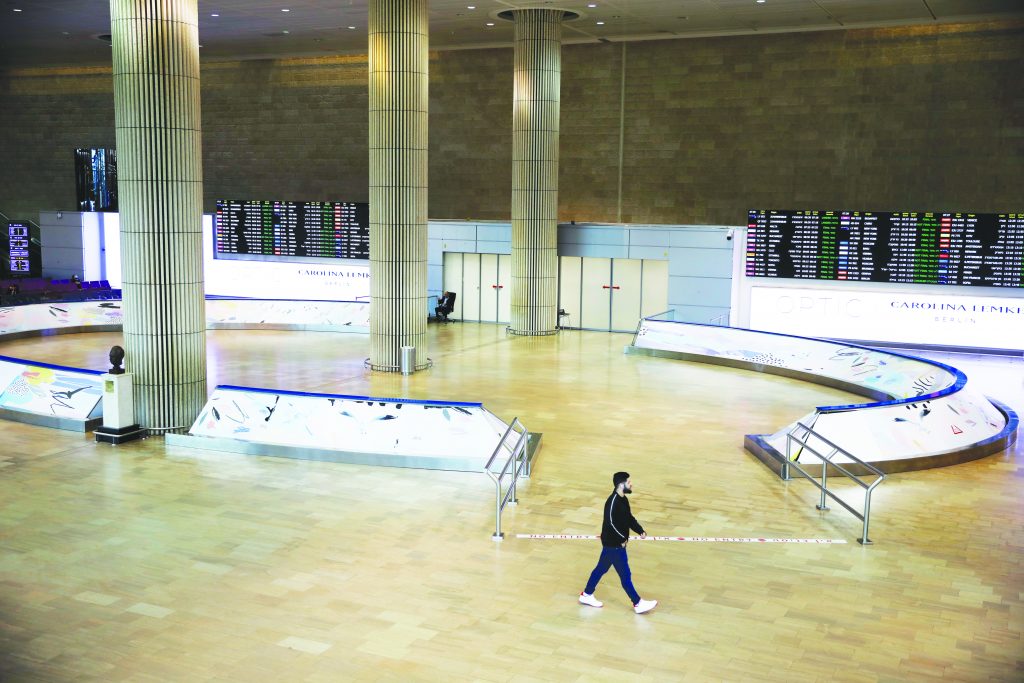 To aid an economy that has begun ailing in the wake of the coronavirus crisis, Prime Minister Binyamin Netanyahu announced Wednesday an NIS 10 billion fund to help large companies weather the storm. An additional NIS 8 billion will be available for small businesses. “Coronavirus has had a major impact on the economy, Netanyahu said at a press conference Wednesday.

Israel has been managing so far, and Netanyahu wants to keep it that way, he said. “Israel’s economy is in much better shape than economies of many other countries. The financial system is stable and unemployment is low. These are excellent resources to draw upon when faced with a crisis like this. This is a challenge we believe we can handle. Our purpose is to ensure continued steady operation of the economy.”

Some of that money will likely find its way to El Al. The airline earlier Wednesday informed the Tel Aviv Stock Exchange that it expected “significant losses” from flight cancellations, and on Wednesday afternoon Kan News reported that the airline had informed 550 of its 650 pilots that they would be taking a forced vacation, with no pay. There were no flights for them as the airline has cancelled nearly all its flights to Europe and Asia, as well as many to the U.S., the airline told the pilots. The travel industry in Israel, as elsewhere, has been slammed by the crisis.

Besides economic panic, the government is trying to offset social panic of the type seen in other countries. In the wake of reports that Israelis were beginning to hoard food and supplies on fears that deliveries from abroad – of both ready-made products and raw materials – were at risk, Netanyahu said earlier Wednesday that there was nothing to fear. “Most items are shipped to Israel by ship, including raw materials and food. There is no reason to raid supermarkets and buy more than needed. There is more than enough food and there will be in the future. Regarding air transport we are taking all the necessary steps to ensure that deliveries will continue there as well,” Netanyahu said.

As of Thursday afternoon, there were 77 confirmed coronavirus cases in Israel. The latest cases involved travelers who returned from Austria and Spain, and among the newest patients is a nine year old. Among the new cases are several medical staff at Ichilov Hospital in Tel Aviv who recently returned from a trip abroad. The Health Ministry on Wednesday urged individuals to minimize their visits to hospitals where possible, in order to prevent infections of patients whose immunity systems may have been compromised by their conditions. In addition, it urged the elderly and those with medical conditions to remain at home as much as possible.

On Tuesday, the Health Ministry issued an order banning gatherings of more than 2,000 people, but reports Wednesday said that that number could be reduced to as little as 100, as the virus continues to spread in Israel. In addition, the Ministry is considering a closure of all Israeli universities, with all classes to be held remotely.

One result of the crisis has been a major “population exchange” between Israel and the rest of the world, as foreign residents leave the country and Israelis come home. On Tuesday night, about 10,000 foreign residents – among them tourists and foreign workers – left the country, and in the last two weeks, the number of foreign residents leaving the country as been about 197,000, the Interior Ministry said. Meanwhile, Israelis have been returning home. On Wednesday night, nearly 9,000 came back from trips and work assignments; since February 25th, over 235,000 Israelis have returned from abroad, the Ministry said.